36Kr reported that accommodation operator ttg has raised tens of millions of yuan in its A round of financing led by MFund. 42 Capital, founded by We-media myfortytwo, was the exclusive financial advisor. The proceeds will be used to launch a membership system and expand the business.

In 2018, the company secured tens of millions of yuan led by Wecash and Will Hunting Capital, while Ceyuan Ventures and two institutional investors also participated.

ttg, formerly known as Teatree Group, was founded in 2011 as a design studio initially. It ventured into the urban youth accommodation space in 2014 and launched a new-generation brand, Together Hostel, in 2017.

Together Hostel has been operating eight properties with over 1,000 beds in Beijing, Suzhou, Chengdu, Chongqing, Shanxi and Shanghai. It plans to expand the service to cities such as Nanjing, Hangzhou and Xi’an next year.

ttg targets millennial customers, estimated to constitute 400 million of China’s population, and has been exploring content and products to meet their demands. With lodging as its core service, ttg provides composite spaces in an “accommodation + X” model to encompass shopping offerings and travel communities.

ttg has so far serviced over 100,000 travelers, who spend an average of 90 to 120 yuan per order. Customers generated from its own channels account for 30%. The company has achieved 20% repurchase rate and 85% occupancy. Some properties have occupancy at 95%. ttg is expected to return a profit next year.

Meanwhile, ttg will launch its membership system next year to connect online and offline operations, owned and franchised hostels, as well as inhouse and external services. The company aims to significantly attract more customers via its own channels, as well as more repeat business and non-accommodation revenues.

The Beijing-based company now has over 30 team members. Its founder Mr. Haixin Jin is a serial entrepreneur who has invested in the home-sharing, education and design industries. (Translated by Elena) 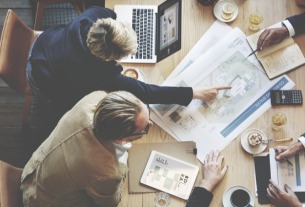