Sweetome has also received strategic investments from Airbnb and Beijing-based classifieds and listings platform 58.com Inc, which had stakes in CityHome and IYOUJIA respectively. The Shanghai-headquartered Sweetome plans an independent public listing in the future, according to a report of local news outlet Yicai.

After the deals, Sweetome now has three major stakeholders – the Trip.com Group, Airbnb and 58.com Inc. Prior to that, US-based online travel agency Expedia already has a 5.61% stake in Sweetome, according to private and public companies’ data firm Qichacha.

The Sweetome Group was spun off from Chinese short-term rental booking platform Tujia in March 2018, and Expedia had invested in Tujia’s A, B, C funding rounds in 2012-2014 through its subsidiary brand HomeAway.

In July 2018, CityHome received a USD 5 million investment from Airbnb. According to Qichacha, Airbnb owned more than 40% of CityHome before the latest deals with Sweetome. Mr. Tao Peng, current president of Airbnb’s Chinese operation, held an 8.5% stake in CityHome through Breadtrip, a travel review startup he founded in 2012.

With Sweetome’s acquisition of CityHome, Airbnb has now become a shareholder of Sweetome. A source told ChinaTravelNews that Airbnb values Sweetome’s offline operation capabilities in China. The partnerships between the two companies may provide Airbnb with a massive and steady property supply for the San Francisco-based vacation rental firm to scale up and localize quickly in China.

Mr. Justin Luo, founder of Tujia, will continue to serve as chairman and CEO of Sweetome. CityHome founder Mr. Shenghu Tan and IYOUJIA founder Zhiqiang Shen will both serve as co-presidents of Sweetome, and assist the company’s CEO in completing Sweetome’s strategic planning and business implementation.

All the property listings of CityHome and IYOUJIA will be managed directly by Sweetome, which will have more than 60,000 listings in its portfolio after the deals, including apartments, private houses, villas and hotels. Around 30% of the company’s inventory will be Sweetome-operated and the remainder 70% will be franchised.

Meanwhile, boutique homestay brand Locals, a smaller competitor of Sweetome, had around 20,000 property listings as of August this year. The company launched its high-end villa product line Locals VILLA earlier this year to grow its suburb properties near downtown areas. It also rolled out its first series of integrated boutique hotels in northwestern Chinese province Gansu.

As well, urban shared lodging brand Island, which was acquired by Indian hotel firm OYO in March this year, is also concentrating on growing its presence in the mid- and small-sized independent hotel market in the country. (Translated by Jerry) 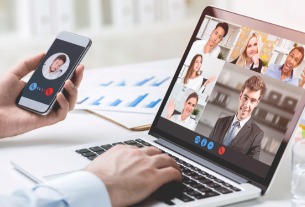 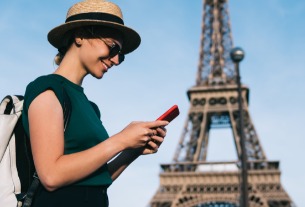 Trip.com Group asserts the flywheel is moving strongly in Europe
©2022 广州力矩资讯科技有限公司 粤ICP备06070077号
Tell us more about yourself!