The airline has “challenged Easyjet to step up to the plate by offering passengers a real price guarantee instead of the misleading ‘non guarantee’ it has been peddling for the last two weeks.”

Ryanair stated: “’s guarantee is worthless because it avoids comparisons with Ryanair. Unlike Easyjet, Ryanair’s Price Guarantee compares all flights from all airports between two cities while Easyjet’s so called guarantee is confined to flights between the same airports, which in many cases means Easyjet is the only operator.”

“For example, between London and Milan, Ryanair’s Price Guarantee allows comparison with over 70 flights operated by four airlines, flying between five London airports (Heathrow, Gatwick, Stansted, Luton, and City) and three Milan (Malpensa, Linate and Bergamo) airports,” it added. “In contrast, Easyjet’s ‘non guarantee’ does not allow comparisons, for example, between Easyjet and any other airline between London Gatwick and Milan Malpensa because it is the only airline to operate that route.”

Michael O’Leary, Ryanair’s CEO said: “Today Ryanair is releasing three million summer seats for Ł10 – less than a quarter of Easyjet’s average fare. Easyjet can’t match Ryanair’s low fares and that is why it is hiding behind its bogus guarantee.”

He added, “Ryanair has written to the Advertising Standards Authority to request that Easyjet stop claiming to guarantee the lowest fares when it is clear that they don’t. Meanwhile if passengers want the lowest fares guaranteed and three million seats for Ł10, there is only one place to find them and that is on www.ryanair.com.”

According to The Independent, the chief executive of the Irish low-cost airline, dismissed concerns that the promotion suggested that the company was struggling to sell seats over the crucial summer period, arguing that bookings for July and August are already ahead of expectations. “However he said that the promotion, which could cost the airline up to Ł45m, was designed to meet its growth targets for carrying customers this year. He said that a combination of higher taxes, rising airport charges and longer queues at London airports has led to some softness in the UK. He vehemently denied that increasing concerns over the environmental impact of the airline industry was hitting bookings and mocked rival easyJet’s plans to develop aircraft engines that use less fuel as “designed by easyJet´s toy department”, according the report.

Ryanair announces a US$989 million loss and apparently things are getting better! 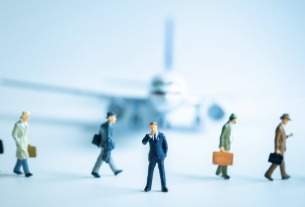 100 million seats finally reached this week
©2022 广州力矩资讯科技有限公司 粤ICP备06070077号
Tell us more about yourself!