Global hotel investments hit US$4.5 billion in the first six months of 2019, with more than half of the capital originating from domestic buyers in Japan, China and Australia, says real estate consultancy JLL.

According to JLL’s latest Hotel Investment Highlights report, investors are facing mounting pressure to deploy capital amid geopolitical uncertainty. To generate target returns, a number of investors have adjusted their risk expectations to explore opportunities within their home countries. 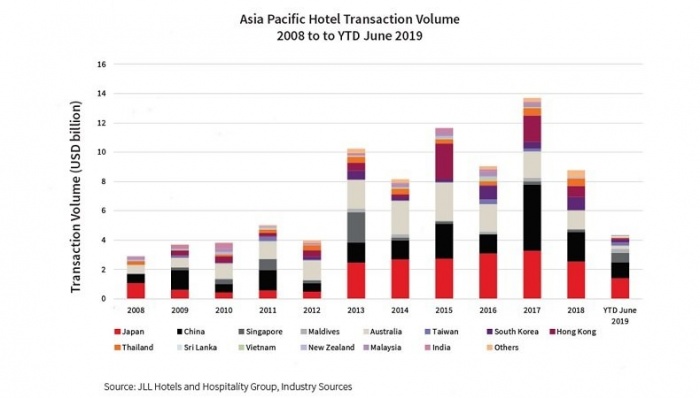 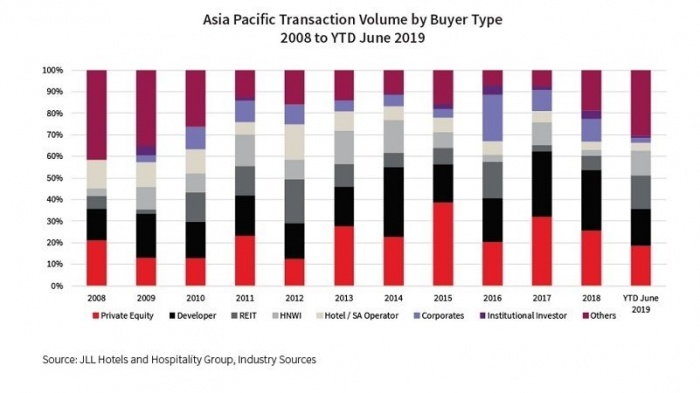 China emerged as the second most liquid hotel market after Japan, with China comprising about 25% of Asia Pacific’s total hotel investment volume as at year-to-date June 2019.

In the first quarter of 2019, internet giant JD.com acquired the 411-room Beijing Jade Palace Hotel for around USD 400 million - approximately USD 979,000 per key. The property is slated to be converted to an office and innovation center, continuing the trend which has been witnessed over recent years where investors seek to extract value from typically older hotel properties through alternative use.

“This deal is part of a wave of domestic investors buying hotel assets for conversion to alternative uses such as offices. As hotel deals are driven by a price per square meter basis in China, they tend to be priced lower than other commercial properties. Given the low yield profile of such transactions, foreign investors are likely to be priced out of the hotel market,” says Mike Batchelor, CEO Asia, JLL Hotels & Hospitality.

Hotel Okura to bring luxury resort touches to Shanghai
©2022 广州力矩资讯科技有限公司 粤ICP备06070077号
Tell us more about yourself!