Omescape has cooperated with The Palace Museum and Disney to launch interactive detective and mystery games.

Omescape, which operates physical room escape game venues, recently received 40 million yuan in its A2 round of financing. MiHoYo was the lead investor, and Fanchuang Capital, existing investor Tipping Point Capital joined in.

Omescape creates detective games and designs real-life entertainment. The company has secured tens of millions yuan in funding since its incorporation in 2012, including RMB 5 million in an angel round at the end of 2015, RMB 12 million from Lian Venture Capital in 2016, and RMB 13 million from Tipping Point Capita in A1 round of financing in 2018.

In the second half of 2018, Omescape partnered with Palace Museum Press to launch the first interactive mystery game that combined physical books, puzzle-solving games and App playing method. In a 38-day crowdfunding round, 122,000 copies of the game package worth 20.2 million yuan were pre-sold.

This year, Omescape has won authorization from Disney and spent five months to research and launch an interactive mystery game, Marvel: Secret Files. It attracted 17,900 customers and raised 7.8 million yuan during crowd funding.

Earlier this year, Omescape introduced a fiction-adventure mystery game platform, Mystery Pavilion, and has registered more than 260,000 users since its launch.

Mr. Zhen Chen, co-founder and COO of Omescape, said the company would further enhance the operation of Mystery Pavilion and release a new play editor available for free to game creators.(Translated by Elena) 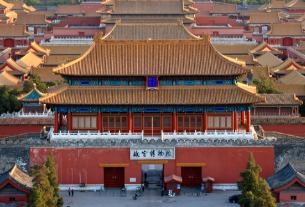 After Walt Disney, Robert Iger heads to the metaverse

Disney patents technology for a theme park metaverse
©2022 广州力矩资讯科技有限公司 粤ICP备06070077号
Tell us more about yourself!