Ctrip yesterday announced a strategic partnership with Sicily that promises to bring a bigger share of the world’s largest outbound tourism market to the Mediterranean island.

In the presence of Michele Geraci, Undersecretary of State for International Trade and Investment Attraction at the Ministry of Economic Development, Ctrip Chief Marketing Officer Bo Sun, the Region of Sicily, represented by Gaetano Armao, Regional Councilor for Economy and Vice-President of the Region of Sicily, and Lucia Di Fatta, General Director of the Regional Department of Tourism, Sport and Entertainment, on behalf of Councilor Manlio Messina, exchanged letters of mutual appreciation and support for a strategic partnership between Ctrip and the local industry, represented by Alessandro Albanese, President of Sicindustria and Francesco Picarella, President of Confcommercio Sicilia.

Tourism is a vital aspect of Italy-China bilateral co-operation. Italy is already one of the most popular destinations in Europe for Chinese visitors and continues to attract more visitors every year. In the first half of 2019, according to Ctrip data, hotel reservations in Italy experienced year-on-year growth of 200%, making Italy the top destination for Chinese tourists in Europe.

As the 2020 Italy-China Year of Culture and Tourism approaches, Ctrip and Sicily have formalized a partnership to help the island to tap the potential to attract more Chinese visitors as part of an effort to develop trade and people-to-people exchange between China and Italian regions.

With over 300 million users in China, Ctrip has pledged to allocate its online platforms and media connections to promote Sicilian tourism destinations and unique local experiences to the Chinese high-end outbound tourism market, from seaside resorts and medical spas, to food and wine tours; art and history itineraries, such as the Segesta and Selinunte archaeological parks and the Valley of the Temples of Agrigento; natural tracks such as skiing on Etna Volcano and diving in Ustica; and, even local events, including the Taormina film festival and the Carnival of Acireale. 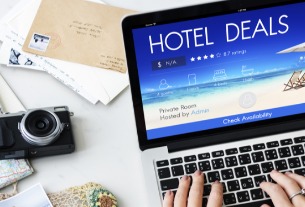 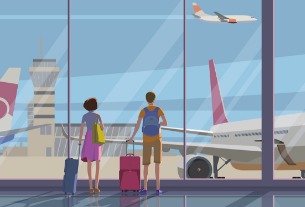