People from the eastern parts of China, especially Shanghai and Jiangsu and Zhejiang, are more curious about North Korea.

The number of Chinese visitors to the Democratic People’s Republic of Korea increased significantly in 2019, up by 30% to 50% compared with previous years, Global Times reported.

A travel agency in Dandong, the largest Chinese border city facing Sinuiju of North Korea across the Yalu River, said  the international trains from China to North Korea capital Pyongyang, have been fully booked every day from July to mid-October.

It is estimated that around 100,000 Chinese travelers visited North Korea per year in the past, and the figure is expected to reach 130,000 to 150,000 this year, not counting those Chinese tourists who can travel to Sinuiju and Rason without a passport.

A healthy and stable relationship between China and North Korea is a key factor for the increase in Chinese tourists visiting North Korea.

People from the eastern parts of China, especially Shanghai, Jiangsu and Zhejiang, are more curious about North Korea.

According to the report, Chinese tourists contributed significantly to the foreign exchange earnings of North Korea.

In June, North Korea reopened mass game performances to foreign tourists. This will generate at least 100 euros per visitor to the country’s income, or a total of 7 million euros a year. A large portion of these tourists comes from China. (Translated by Juli) 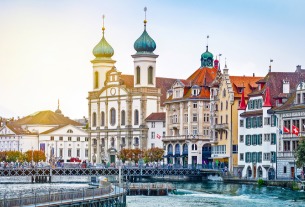 Imagining travel without outbound Chinese tourists
©2022 广州力矩资讯科技有限公司 粤ICP备06070077号
Tell us more about yourself!