The proceeds will be used to advance technology and expand its presence in new markets.

Smart hotel solution provider RestHour Technology recently announced that it has received 50 million yuan (around USD 7.26 million) in its A round financing. Bojiang Capital was the lead investor, and existing investors Qidian Capital and Donglin Capital joined in. The proceeds will be used to advance technology and expand its presence in new markets.

Founded in July 2017, RestHour focuses on the research and development of software and devices for automatic hotel check-in. RestHour is headquartered in Hangzhou with over 300 employees.

RestHour launched its self-service check-in platform in January 2018. Qi Wang, the founder and CEO, said its auto check-in system has incorporated an online-ID feature powered by the Ministry of Public Security. In China, it is the first company authenticated by Alipay and Tencent to support hotel check-in with electronic ID card.

The smart front desk is connected to hotel PMSs, electronic door lock, WeChat and Alipay, as well as public security system. It can automatically identify guest without staff involved, thus simplifying the check-in process. RestHour’s system can also be used by hotel customers to take the elevator, open the door and shop through facial recognition with their mobile phones.

According to the team, RestHour has signed more than 10,000 hotels across Beijing, Zhejiang, Sichuan, Anhui, Yunnan, Guangdong and Shaanxi. These hotels have serviced tens of thousands of customers with the Robot front desk provided by RestHour.

RestHour leased its facilities at prices significantly lower than the average manpower cost of the hospitality industry in the first- and second-tier cities. It also makes continuous updates for the leased equipment. (Translated by Elena) 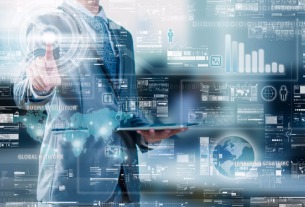