OYO aims to expand its U.S. offerings at five times that rate by the end of the year.

OYO Hotels & Homes, a lodging operator backed by SoftBank’s Vision Fund, is betting the same formula that fueled the company’s rapid growth in India and China can work in the U.S.

OYO, which opened its first U.S. hotel at the beginning of the year, plans to invest $300 million to expand in the country, Chief Executive Officer Ritesh Agarwal said in an interview. The company will use those funds to build out technology, design and operating teams and renovate properties. It’s adding hotels at the pace of one a day, and aims to expand its U.S. offerings at five times that rate by the end of the year.

For hotel brands to succeed, they have to appeal to both guests and real estate investors, who pay companies like OYO a percentage of revenue. Agarwal seeks to attract customers with what he described as a chic yet approachable aesthetic and affordable prices, with rooms typically costing $60 to $110 a night. At those price points, the company is competing with a wide range of brands, including Days Inn by Wyndham and Tru by Hilton.

OYO already operates more than 50 properties across U.S. cities including Dallas, Houston, Atlanta and Miami. The combination of hip design at lowest-in-area prices has translated quickly to full hotels, Agarwal said. He highlighted one near a medical campus in Houston, where occupancy jumped to 90% from 22% within a month after OYO took over management. Revenue per available room increased to $43 from $17.

The economy segment has fared well this year, due partly to a decrease in the supply of available rooms. For the first five months of 2019, occupancy rates for economy hotels rose 2.1% from the same period a year earlier, according to lodging-data provider STR. That compares with an increase of just 0.4% across all categories. 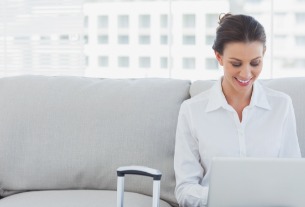 4 post-pandemic opportunities for extended-stay hotels
©2022 广州力矩资讯科技有限公司 粤ICP备06070077号
Tell us more about yourself!