Touring Bird has stripped away the different elements so that users can select which part they want, or build their own package.

Touring Bird is expanding its coverage of tours and activities in cities around the world by a magnitude of 10X.

The massive jump from its official launch number of 20 in September 2018 to 200 this week comes almost a year to the day since the Google Area 120-run search engine was first tested in the open market.

The app and now-desktop platform is still being hosted by the Google incubator rather than formally being a product line within the search giant's travel division.

The current number of products included within Touring Bird is now claimed to be more than 75,000.

Currently, users are still sent to online travel agencies such as Expedia, GetYourGuide and Viator to complete a booking, rather than directly with the supplier.

The service has positioned itself as a different player in the market (not just because it's backed by Google) due to the way it siphons products and bundling from each provider.

If users select a product, they are taken through to a page which, again, includes tips and information but also a ticket reservation section.

Here they are presented with a range of options from OTAs, using the APIs provided by each intermediary.

But here's the apparent clever bit, built using what is said to be machine learning to understand what else is behind a product, as the app is effectively "unbundling" the content that is usually provided by an OTA.

Similar to other sectors of the industry, such as airline tickets, on big attractions, the OTAs draw a range of products for a specific attraction together to create a specific deal.

Touring Bird has stripped away the different elements so that users can select which part they want, or build their own package.

As different parts are added or subtracted, the final buying point changes, based on the price.

So, a user might select second floor access from Viator, but when he or she adds skip-the-line to the deal, the seller switches to GetYourGuide.

Other elements that can be added might be a visit in the attraction's restaurant. 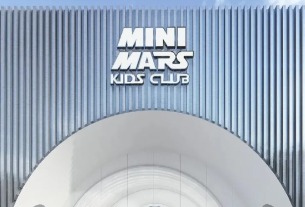