A large segment of travelers will use a cheaper price to enable them to travel more often, but equally they’ll choose to stay in a higher star accommodation.

Low-cost carriers – known as LCCs in the airline business – have changed the way we travel drastically. Not just by how much it costs, but also down to the way we pack our suitcases and how often we take holidays. According to the Centre of Aviation, low-cost flights make up 33% of global air capacity, with that rising to 41% in Europe alone.

The long-haul sector of the low-cost market has grown significantly in recent years, too, with the likes of Norwegian now serving over 36 million passengers annually on flights across its transatlantic and European routes, and Scoot selling Singapore to Berlin for €280.

Isn’t low-cost long-haul on its way out?

The sector has also seen its fair share of difficulties. In October 2018, Primera Air ceased operations and cancelled all flights, leaving thousands stranded on both sides of the Atlantic, and in March 2019, WOW Air ceased operations. It doesn’t spell out a brilliant future for the low-cost long-haul market, but Skyscanner’s Senior Director of Strategic Partnerships, Hugh Aitken, thinks otherwise: “In general, we still see significant growth in this sector. If you look at long-haul low-cost it’s opening up a new area of travel. Low-cost does one thing exceptionally well – it lowers the cost of travel.”

This means, he says, that people are more likely to travel further and more often. Jack Sheldon, Founder of Jack’s Flight Club – a service that’s dedicated to finding cheap fares and sharing them with its database of millions of travellers – has seen a similar trend.

“You see a lot of travellers going further afield to destinations that are cheaper to vacation in because the flights now make it affordable. Distance is no longer as much of a factor,” he explains.

Just because these travellers are buying cheap flights, though, doesn’t mean they’re after budget accommodation. Hugh Aitken says there are different segments of travellers, and low-cost is helping people save money on travel so they can spend more on the ground. “We see quite a large segment who will use a cheaper price to enable them to travel more often, but equally they’ll choose to stay in a higher star accommodation when they get there.”

While much of the conversation around low-cost long-haul has been around transatlantic routes, the industry also stimulates regions that might not have had such strong tourist arrivals previously, and it opens up destinations to new groups of travellers from different regions of the world. Aitken refers to a recent internal study by Skyscanner which explored the impact of low-cost long-haul routes arriving in a destination. It found that propensity to fly long-haul can double when cheaper flights are available.

This means hotels in that destination need to start considering a whole new market for their product and alter communications efforts accordingly. “It’s about being where the traveller is,” explains Aitken. “[Hotels have to] think about how they’re appealing to travellers in very different origins, so the sites that travellers will use in China are very different to the platforms travellers use in the US and Europe.” 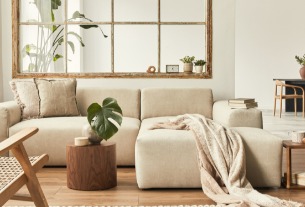 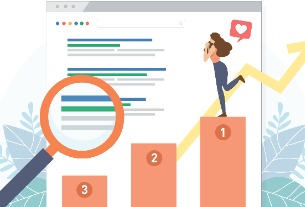