The deal will continue to see the latter exclude OYO’s rivals, SAIF Partners-backed Treebo Hotels and Accel India-backed FabHotels, from its two primary platforms, including GoIbibo.

The agreement between the two Gurgaon-based companies, both leaders in their respective segment, was first inked in February last year. ET, at the time, was the first to report on the development in its edition dated February 26.

However, the deal between OYO and MakeMyTrip will continue to see the latter exclude OYO’s rivals, SAIF Partners-backed Treebo Hotels and Accel India-backed FabHotels, from its two primary platforms, including GoIbibo, according to two sources with knowledge of the developments.

When contacted by ET seeking further clarification, an OYO spokesperson said the companies would “continue to explore newer avenues to work together towards our common mission of creating and delivering great quality experiences to travellers from around the world.”

However, according to the sources cited above, OYO will pay a commission ranging between 15%-25% to MakeMyTrip. This is believed to be slightly higher than the commissions it pays other online travel operators, which is believed to be about 15%-20%.

“OYO is comfortable with this arrangement. If the company were to sign an exclusive agreement with MakeMyTrip, then they could have avoided this additional fee,” a source said on the condition of anonymity.

A MakeMyTrip spokesperson said the company did not disclose details of confidential commercial contracts. The OYO spokesperson also declined to comment on the specifics of the commercial arrangements between the two parties. OYO’s agreement with the Nasdaq-listed MakeMyTrip does not prevent it from signing up with other OTAs.

The renewal of the agreement, however, also indicates the wide reach of MakeMyTrip, which has a market capitalisation of USD 3.02 billion as of Wednesday, and its allied platforms across India’s burgeoning travel sector. The Deep Kalra-helmed company continues to have a dominant share of the the country’s online travel market, pegged at over 47%.

In April last year, a report published by Praxis Global stated that India’s online travel market was expected to touch USD 13.6 billion by 2021 and will account for almost 43% of the total travel category in the country.

OYO, which is currently present in over 259 cities in the country, with 8,700-plus buildings and over 173,000 rooms under its management, has also extended its OYO Wizard, its customer loyalty programme, to MakeMyTrip customers.

This is primarily a departure from other hotel chains, which do not not extended their loyalty programmes to other OTAs. The OYO Wizard loyalty programme, which was launched last year, allows consumers to avail of guaranteed discounts, upgrades and benefits.

OYO plans to tap the venture debt route to raise fresh funds as it seeks to double down on its Townhouse property vertical in India this year. The company, which recently raised USD 1 billion in equity, is in talks with several venture debt firms and some of the top private banks to raise several hundred crores in debt financing, said three people familiar with the matter. The idea is to use the funds to buy properties for OYO Townhouse, as the company looks to deploy its recently-raised equity for overseas expansion, they said. 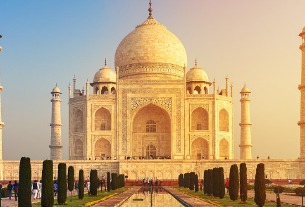 MakeMyTrip posts a 95% drop in revenue 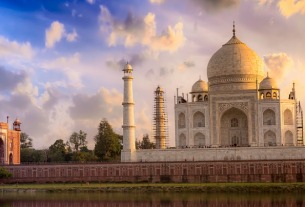 MakeMyTrip believes travel will be back with a bang
©2020 广州力矩资讯科技有限公司 粤ICP备06070077号
Tell us more about yourself!