Accor spends $700 million a year on sales and marketing while Marriott spends $4 billion and Hilton more than $2.2 billion, Accor intends to catch up with what competitors spend.

After channeling his energies in the last two years toward mergers and acquisitions, Accor CEO Sebastien Bazin is now turning more of his attention internally,

The result is that Accor will be spending $255 million on a new loyalty program called ALL, which stands for “Accor Live Limitless.” Bazin, in an earnings call with analysts Thursday in Paris after the chain released its full-year 2018 financial results, said the investment is a fraction of the amount that competitors spend, but claimed the impact would be more far-reaching and the returns greater.

In addition to the new loyalty program, AccorHotels rebranded as Accor.

Bazin said he will spend 99.9 percent of his time to build “teams, brands, loyalty.”

It irks him that competitors such as Marriott, Hilton, and InterContinental Hotels Group get between 40 and 60 percent of bookings from their loyalty programs while Accor attracts just 30 percent. Those chains also earn partnership revenue of $250 million to $600 million, while Accor generates only $6 million.

Its new loyalty program ALL has wasted no time in signing a global multi-year partnership with Paris Saint-Germain, dubbed the world’s fastest-growing football club.

Accor and the football club announced that they have signed a global multi-year partnership agreement. Accor’s new lifestyle loyalty platform ALL will become the principal partner and official jersey sponsor of the club starting from the 2019/2020 season.

Apart from partnership revenues, he said, “Paris Saint-Germain players are today followed in the world by 395 million fans. So think of what we can do in terms of reaching those fans, many of them probably have never being accustomed to Accor.”

Given all that Accor is now — more than just a hotel company, having added so much to the ecosystem through the acquisitions of the last two years, including at least seven non-hotel companies — the brand should be as big as Danone, Total, Coca-Cola, and McDonald’s, said Bazin.

“We are the biggest hotel operator on the planet. We basically serve 265 million clients on the planet every year; it’s almost 1 million people a day. Why can’t we just admit it, talk about it, invest basically in what matters the most and basically show who we are?” he said. 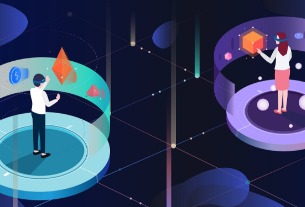