Shaun Rein, a frequent business traveler and head of a Shanghai market research firm, says he doesn´t waste time sitting in front of a computer to book hotels and flights for his business trips. Instead, he calls Ctrip.com International. In less than 10 minutes, he is on his way to the airport, while his cell phone takes a text message confirming his hotel reservation.

"It´s just so convenient," said Rein, managing director of China Market Research Group. "My company used to work with a typical traditional travel agent, but we converted all the business trips to Ctrip."

He is a typical customer of the fastest growing travel company in China.
Ctrip.com (NasdaqGS:CTRP - News), founded in 1999 in Shanghai, sells airline tickets and hotel reservations mostly for domestic travel through its Web site and a call center.

Nearly 80% of Ctrip customers are business travelers. The company has been rapidly taking market share from No. 2 rival eLong.com (NasdaqGM:LONG - News), whose majority stake is owned by Expedia (NasdaqGS:EXPE - News).

"Ctrip´s sales were 300% larger than eLong a year ago," and now it´s even larger, said analyst Ashish Thadhani of Gilford Securities.

"A near-40% of margin is rare in just about any industry," Thadhani said. "And Ctrip is not competing on price." He says the company enjoys a $8 to $9 commission per hotel room.
So, if the company doesn´t discount, how did Ctrip attract 2.9 million price-savvy customers in China?

Many business people choose to call Ctrip´s call center, Rein says -- not so much because of fear of online transaction, but because of efficiency. More than 2,000 call-center staffers serve customers.

"When business travelers are on the road and don´t have access to the Internet, they just call in, and in three minutes everything is done," said analyst Ming Zhao of Susquehanna Financial.

Nearly 70% of all customers make a reservation by phone. Once a customer calls a second time, personal information is already in the database and customers don´t have to repeat it, said Tracy Cui, director of investor relations at Ctrip.

If customers want to pay by cash, Ctrip will send a salesperson to pick up the money, free of charge, Cui said.

The company´s air-ticketing volume growth during the first quarter was 73% compared with a year ago, and hotel-booking revenue growth was nearly 40%.

"As e-ticketing becomes more and more popular in China, we start to benefit from this trend by leveraging our brand, platform and service," said Min Fan, Ctrip´s co-founder and CEO, during his first-quarter conference call.

Cui said 90% of Ctrip customers receive e-tickets. The company expects to go completely paperless by the end of 2007 due to a new Chinese regulation.

But the shift to e-tickets also brings a big business opportunity to domestic airlines such as Air China. Once airlines focus on direct sales of tickets through their own Web sites, Ctrip could face risks because it depends on commission, says analyst Zhao.

But Rein counters, Ctrip still can easily beat domestic airlines, which, he says, are not known for customer services. He says Chinese travelers know too well about waiting in long lines at airports, even just to get a refund for canceled flights from airlines.

Ctrip recently launched a credit card with the Bank of China. But more than credit cards, what grabbed the hearts of Chinese business travelers was a VIP card, Rein says. It´s not a credit card, but a card for frequent customers to allow them to receive discounts in restaurants and stores throughout China.

Rein says many office secretaries like to collect points on the VIP cards each time they book their bosses´ flights and hotels, so they can enjoy a 12% discount at restaurants.

The company expanded its hotel supply 40% to 4,900 hotels in the first quarter vs. a year ago, and this large network makes it possible for Ctrip to expand customer bases faster than rivals. It also expects to raise the second-quarter total revenue 35%.

Thadhani says Ctrip´s arrangements with hotels give it a risk-free inventory. 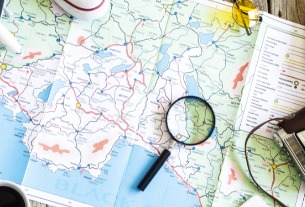 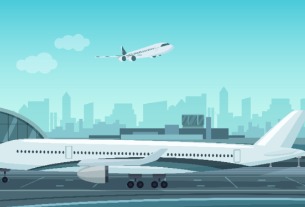