Aside from promoting lesser-known destinations, EU-China Tourism Year 2018 is also aimed to improve travel and tourism experiences for Chinese tourists.

With a boost of the EU-China Tourism Year (ECTY) in 2018, Chinese tourists visiting Europe enjoyed more convenient ways of traveling, methods of payment, and much closer appreciations of European cultures.

"If we look at the arrival numbers for 2018, we can see that some Eastern and Southeastern EU countries including Czech Republic, Slovenia and Croatia saw substantial increases in arrival numbers, as also did the Southwest of the EU with Spain and Portugal,"  said Wolfgang Georg Arlt, director of China Outbound Tourism Research Institute.

Aside from promoting lesser-known destinations, EU-China Tourism Year 2018 is also aimed to improve travel and tourism experiences for Chinese tourists.

The Paris Convention and Visitors Bureau attaches great importance to the Chinese market, and is particularly interested in Chinese individual visitors, in full expansion, said Pierre Schapira, president of Paris Convention and Visitors Bureau, adding that "the Chinese market is undoubtedly one of the most promising ones for which we have to find adapted technological solutions".

To attract this new generation of ultra-connected travelers, the Paris Convention and Visitors Bureau launched in March 2018 its official account at Weibo, China's leading social media platform, and has since attracted nearly 10,000 followers. Three months later, the bureau opened its account at WeChat, Schapira said.

Denmark has also taken measures to facilitate the travels by Chinese.

"Denmark has during 2017 and 2018 opened nine new visa-centers in China and we have also introduced a new Preferential Scheme that gives easier access to visas to Denmark," said Bruhn. 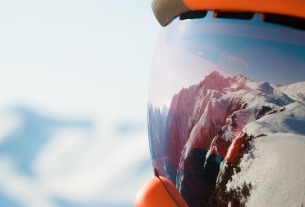 Domestic and international trips in China expected to rebound in second half
©2020 广州力矩资讯科技有限公司 粤ICP备06070077号
Tell us more about yourself!