Whether Overture's economics will prove out depends on a crucial and expensive missing element: Boom doesn’t have an engine lined up yet.

Boom Supersonic has raised $100 million from an array of Silicon Valley investors to help it build a supersonic airliner. It’s a large amount of money by tech industry standards but only a small step in aerospace down a road that will require billions of dollars more to realize Boom’s vision.

The Series B round brings Boom’s total funding to $141 million. The round was led by Laurene Powell Jobs’ Emerson Collective and includes the Y Combinator Continuity Fund, Caffeinated Capital and SV Angel, as well as unnamed founders and early backers of Google, Airbnb, Stripe and Dropbox.

Boom is one of three upstart companies seeking to reboot supersonic flight for civilians. Aerion and Spike are developing business jets while Boom is aiming larger: a 55-seat, three-engine commercial plane. Essentially its plan is to slice off airlines’ business class cabins and deliver that lucrative clientele to their destinations at Mach 2.2—and at identical or lower airfares.

Boom is naming the plane Overture, founder and CEO Blake Scholl tells Forbes, because he believes it will be just the first in a series of airliners that will be progressively more affordable, larger and faster. “The vision here is to make supersonic travel mainstream,” says Scholl.

Scholl’s business case is pegged on projections that about 65 million passengers a year will be flying business class on transoceanic routes by the mid-2020s. He says that would mean a market for 1,000 to 2,000 Overture jets over the decade from Overture’s anticipated launch date of 2023, at a list price of around $200 million apiece. If new supersonic aircraft designs that can dampen sonic booms convince regulators in the U.S. and other countries to end restrictions on overland flights, Scholl believes the market could be two to three times larger.

Aviation analyst Mike Boyd, who prepared a sales forecast for the company in 2016, says that Boom’s business case looks stronger now, assuming it can bring the plane in at the operating costs and sales price it’s promising. Siphoning business- and first-class passengers off existing airliners raised the question of whether carriers would be left with a lot of empty high-value real estate, Boyd says, but airlines’ success over the past few years in introducing a new tier of service in coach class, dubbed premium economy, suggests that hole can be profitably filled.

“The Boom airliner may actually be a tool where transatlantic carriers can increase total system revenue,” says Boyd.

Whether Overture's economics will prove out depends on a crucial and expensive missing element: Boom doesn’t have an engine lined up yet.

Scholl says Boom has been in discussions with all the major engine makers. Those engine makers are likely approaching working with Boom cautiously, says Richard Aboulafia, an aviation analyst with the Teal Group. A supersonic engine for civil aircraft hasn’t been developed in 55 years since the Concorde, and neither Boom, Aerion nor Spike have open and shut business cases.

“Nobody has a huge appetite for risk right now, especially since this is a one-application engine program,” says Aboulafia.

No engine maker is willing to shoulder the expense of developing an all-new supersonic engine, says Aboulafia, so Boom’s choices will be which current design to adapt—it could take a supersonic combat engine and give it a larger bypass fan, or shrink the fan on a commercial engine and boost it to supersonic performance.

General Electric is developing an engine for Aerion based on a core adapted from the best-selling airliner engine of all time, the CFM56.

Aboulafia thinks Boom is targeting a sensible cabin size given Concorde’s inability to sell out its 100 seats, but he’s not sure that the Silicon Valley investors participating in this fundraising round understand how much more is needed to get an aerospace program off the ground. “A hundred million, you can dig yourself a slightly deep hole. For a half billion you can build yourself a somewhat deeper hole.”

Scholl told Forbes that he expects development of the plane to cost around $6 billion.

With its B round in the bag, Boom will proceed with development of a one-third scale demonstrator jet that it aims to test fly by the end of the year.

Aviation analyst Brian Foley says the market for supersonic airliners is likely to be smaller than for private jets, and Boom is pinning its hopes on airline customers that are ferocious cost cutters, but he says the U.S. military could be a surprise early customer—it's not subject to noise restrictions on civil supersonic flight over land and it has a need to get assets to places of urgency in the shortest time possible.

Scholl says he’s sunk a large share of his net worth into Boom, which he founded in 2014. He got a key vote of confidence in 2017 when Japan Airlines invested $10 million in the company, with an option to buy up to 20 aircraft. It’s had heavy input into Overture’s design. Richard Branson’s Virgin Atlantic has taken options for 10 aircraft and the Spaceship Company, a Virgin Galactic subsidiary, is working with Boom on the plane. 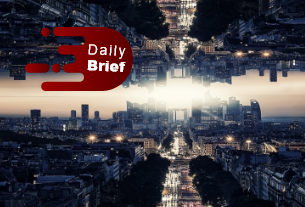 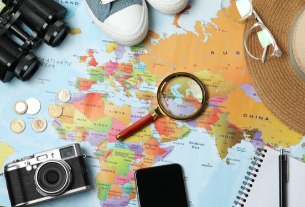