Home > > Airbnb’s grand travel ambitions could be taking a detour

Airbnb’s grand travel ambitions could be taking a detour

Airbnb executives have talked about the company becoming a “superbrand of travel” and a new-age online travel agency as it mulled launching flights, debuted a tours and activities product, Trips, partnered with Resy on restaurant reservations, and started a campaign to add boutique hotels.

The company, which has said it would be ready to go public in 2019, may eventually broaden its offerings in a more full-service sort of way, but two developments in the last week or so show Airbnb may be focusing instead on vertical integration in terms of getting deeper into the property management space.

The Information reported Tuesday that Airbnb may lead a $75 million investment round into Lyric Hospitality, which manages multifamily apartment complexes, and rents units on a short-term basis on Airbnb, Booking.com, HomeAway, and other platforms. The San Francisco-based startup manages properties in more than a dozen U.S. cities, and has raised some $19 million to date, according to Crunchbase.

The deal could mesh nicely with Airbnb’s ambitions to be more of a solution for business travelers as these upscale properties would likely be a nice alternative to hotel stays for city-hopping road warriors. 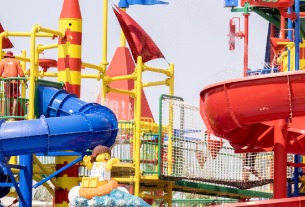