COTRI forecasts that 2018 will see a total of 160 million Chinese arrivals worldwide. By 2030, 390 million outbound trips will originate in Mainland China, 250 million more than 2017.

A joint COTRI and Ctrip report outlined the growing importance of ‘customised’ modular travel as a third pillar of Chinese outbound tourism, that will soon grow to make up a third of the entire market alongside group and independent travel modes, which will make up the remainder, each with a share of 33%. 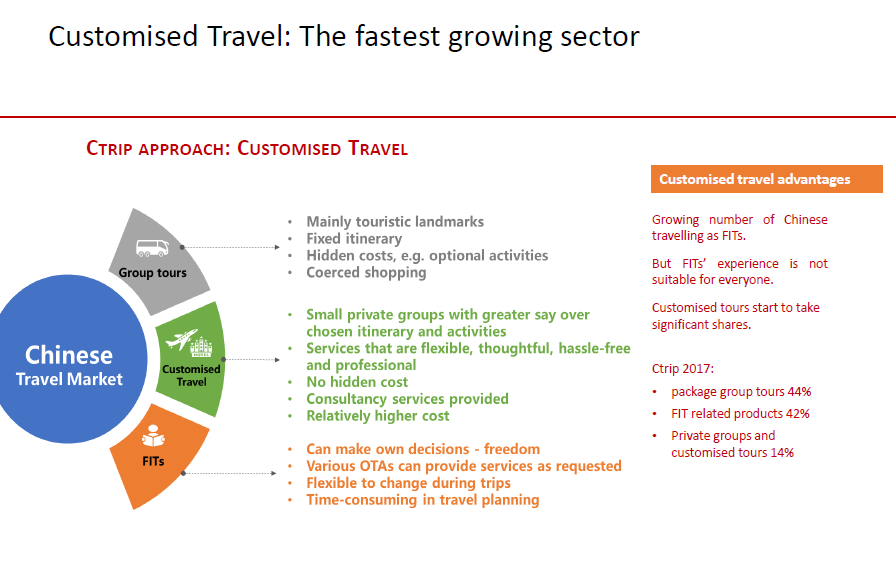 According to COTRI Analytics, in the first three quarters of 2018 (January-September) a total of 123 million border crossings from Mainland China took place, representing an increase of 14% YoY.

More than half of the trips went beyond Greater China (Hong Kong, Macau, Taiwan).

The UNWTO graph illustrates the strong growth of international tourism, with a forecast of reaching 1.8 billion border-crossing trips by 2030, adding 500 million to the 1.32 billion of 2017. COTRI forecasts that 2018 will see a total of 160 million Chinese arrivals worldwide. By 2030, 390 million outbound trips will originate in Mainland China, 250 million more than 2017 -meaning that HALF of the additional outbound travellers in next decade will be CHINESE. 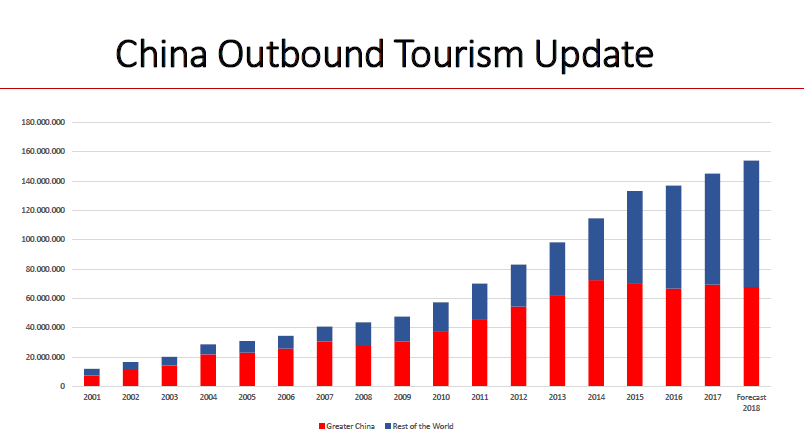 Today no more than 10% of Chinese citizens possess passports, and almost all live in 1st and 2nd  tier cities.

Education strongly influences numbers of Chinese outbound travelers –many Chinese are studying overseas in the US, Australia and the UK, as well as in other countries and draw additional VFR (Visiting Friends and Relatives) visitors and also attract other related investment from China

3.From Quantity to Quality

With the growing importance of Chinese independent travellers (FITs) and Chinese Modular Outbound Travellers (MOTs), quality and value for money take the place of quantity and cheap price.

Chinese FITs and MOTs are tiring of travelling overseas and meeting mostly fellow countrymen in a destination, of engaging just in shopping and sightseeing. They become more and more interested in new, authentic offers based on local culture and nature if provided and communicated in the right way and through the right channels as Customized Travel.

5. Improved connectivity for second tier airports in China and in host destinations

In 2017 more than 100 new air connections were started, with more in the pipeline for 2018, mostly connecting second tier airports in China and abroad.

Most global destinations have intensified their provision of information to both Chinese outbound tour operators and to potential FIT visitors, using fairs like the new ITB China or Social Media in the form of WeChat channels entries, online trainings, and increasingly videos.

IT and AI provide increasingly sophisticated tools to receive customized information before and during the trip.

Accepting mobile payment has developed from an extra service to a necessity.

•Chinese holidaymakers’ growing demand for customized tour is unique and leading on a global scale.

•Chinese tourism industry has moved into the “Age 3.0“ represented by customized travel

•The number is estimated to exceed 12 million if Chinese travelers’ visits to other European countries in same trip are included.

•53% of all Chinese travellers visited Europe in 2017 were female. 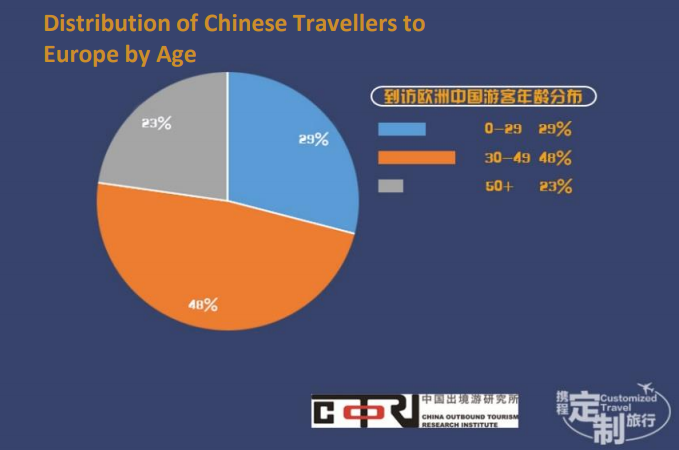 Malaysia offers visa-free 2020 entry to tourists from China, India
©2019 广州力矩资讯科技有限公司 粤ICP备06070077号-2
Tell us more about yourself!