Japan turned out to be the lifeboat for Thomas Cook China when Thailand turned disastrous, as the tour operator appears to be sailing away blithely with four new initiatives to scale up its China market.

A steep decline in Chinese arrivals to Thailand has roiled Thomas Cook China’s aim of taking 200,000 clients on holiday by the second year of operation in the mainland. But what it loses in Thailand is made up for by gains in Japan that are more than just about the number of tourists. The tour operator will open an office in Japan next year to contract hotels and further develop new products for the Chinese market.

The first is its newly launched integrated technology system for China, Silk. The aim is to have 20 to 30% of sales to come through its own system while continuing to have a multi-channel strategy by working with online marketplaces such as Fliggy.

The second initiative is to tap other first-tier cities across China, beginning with Beijing, Guangzhou and Shenzhen.

The third and fourth initiative will see Thomas Cook China turning its focus for the first time to the domestic market which is growing faster in both number of tourists and spending than outbound.

One of its strategies is to develop its own brand hotels, in particular Sunwing and Casa Cook, throughout China.

To tap the domestic market, it will also partner provinces in China to promote and develop their destinations, as seen in its tie-up with the Hainan Provincial Tourism Development Commission, signed in July, to attract more international and domestic tourists to sun and beach spot Sanya. Recently, it opened an office in Sanya. 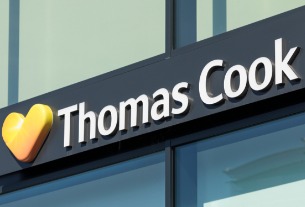 Club Med and Thomas Cook launch a new connection through DerbySoft
©2020 广州力矩资讯科技有限公司 粤ICP备06070077号
Tell us more about yourself!