The four key factors to attract Chinese tourists are direct flights, visa convenience, sensitivity to Chinese holidays and security, according to ForwardKeys.

Industry research firm ForwardKeys revealed their insights into the habits of the Chinese global outbound traveler, unveiling what it believes to be the “four important factors that destinations need to consider if they are to secure a larger share of the Chinese outbound tourism pie”:

The four key factors are: the development of direct flights, visa convenience, sensitivity to the Chinese holiday calendar and a reputation for being a safe place to visit.

ForwardKeys cited the rise in Chinese travel to Ireland during May-August 2018 to show how a non-stop service can be invaluable. Indeed, the country experienced a negative 2017 and a decrease of 7.8% in the number of Chinese arrivals during January-April 2018.

However, three new direct routes (from Cathay Pacific and Hainan Airlines) put the trend in reverse leading to in 4.1% uplift in Chinese visitor arrivals during May-August.

The benefits of visa reform were particularly notable in Serbia which experienced a 173% increase in flight arrivals from China in 2017 after the country waived visas for Chinese tourists on 15 January.

Serbia also saw triple-digit growth in Chinese arrivals during the first eight months of 2018. ForwardKeys has previously reported other substantial increases in Chinese tourism due to visa relaxation policies, most notably to Morocco and the United Arab Emirates.

Sensitivity to the Chinese calendar is important because holidays such as the Chinese New Year and China’s National Day Golden Week see very large numbers of people seeking overseas trips in order to utilize both public holidays and annual leave.

Olivier Ponti, VP of insights at ForwardKeys, said: “A good understanding of the subtleties of Chinese holidays will greatly help the industry to plan, anticipate and capitalize on demand. Destination marketers can better time their campaigns, hotel managers can better prepare to make Chinese visitors feel welcome and retailers can stock items more likely to appeal to the Chinese tourist.”

Another example of the importance of security is, after a spate of terror attacks in Europe in 2015 and 2016, Chinese visitors stayed away. However, as those destinations have been seen to be safer, the Chinese market has recovered.

For example, Turkey, which is benefiting from the China-Turkey Tourism Year 2018 and an improved security image, has seen a 69% year-on-year spike in arrivals between January and August this year.

According to the World Tourism Organisation (UNWTO), 223 million global outbound trips were made by mainland Chinese travelers in 2017. They spent EUR 228 billion (USD 257 billion) last year, placing China at the top of UNWTO’s list of high-spending source markets for the seventh year in a row. 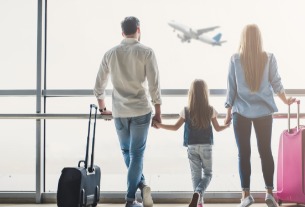