Home > > NDC is just one aspect of embracing modern commerce, not an end in itself

NDC is just one aspect of embracing modern commerce, not an end in itself

As for understanding the efficacy of the workflows resulting from functionalities introduced in the NDC standard, Sabre recently announced the Beyond NDC program under which it has partnered with four travel companies.

ChinaTravelNews, Ritesh Gupta & Joseph Wang - A travel technology company of Sabre’s stature acknowledges the retailing opportunity that initiatives like NDC promise, but at the same time emphasizes the significance of other areas of transformation needed for the same.

Progress made by IATA’s New Distribution Capability (NDC) initiative remains under scrutiny, even though the XML data transmission standard has been around for six years.

Before delving deeper into the adoption and maturity of the NDC standard and its overall role in retailing, it needs to be acknowledged that change doesn’t come easy to this industry.

Airlines are striving to become top-notch retailers, be it for travel products and beyond, by looking at other product categories. However, change isn’t just about indirect distribution. Internally, airlines have to look at structuring their talent pool for today’s agile environment, realigning their IT architecture, formulating a robust strategy, etc. Even when it comes to streamlining the customer journey, it has been asserted that NDC alone, primarily meant for modernizing the way air products are being retailed, isn’t enough. Rather, new processes and workflows need to look at all areas, including real-time information exchange between relevant systems involved in the order fulfillment.

How should one look at IATA’s proposed figure – a group of airlines to drive an average of at least 20% of sales powered by NDC API by 2020? A sale via an NDC API refers to a seller connecting directly to the airline API or accessing NDC content via an aggregator who connects to the airline API.

Sabre’s stature acknowledges the retailing opportunity, but at the same time, emphasizes the significance of being pragmatic as well.

Dave Shirk, EVP & President, Travel Solutions, Sabre, who spoke to TravelDaily China during the recently held STX Singapore, mentioned, “One piece (of driving sales via an NDC API) would be to ensure that the technology is robust enough to deal with personalized offers. We certainly have a robust roadmap to deliver (on this count). As for the 20% (overall NDC sales) figure, it is an interesting prediction as a lot of the airlines are still deciding how much inventory they are going to make available via NDC, versus traditional ATPCO filing etc.” He also said, “The 20% figure is quite aggressive, considering where the industry stands right now, but from our perspective, the technology would be there to do it. It's the question of the learning, the maturity and the skillset of the airline that will determine whether they are ready to go down that path.”

Airlines have to assess areas like managing data and system security using open application programming interfaces, how to best manage requests/ traffic from an increasing number of indirect partners as the static processes of schedule, fare and availability would progress to a question-and-answer-based process etc.

Shirk mentioned, “Another aspect is that most airlines want to engage in NDC but they haven't reached the point where they fully grasp what needs to be done to implement that. So, what does new offer and order structure look like? Typically, a limitation is that they don’t have requisite customer data and segmentation to put those kinds of offers together. Customer segmentation would be vital for the airlines to achieve this goal. Who are your corporate travelers vs. leisure travelers? How are you going to put that into play loyalty wise? What relationship with corporate-level agencies would be needed? Customer segmentation is kind of the central point to that offer.”

“When an offer is made, what makes the airline unique is they actually have to fulfill and deliver on those offers as well,” said Shirk. In fact, for its part, Sabre is committed to enabling an end-to-end retailing ecosystem that intelligently optimizes products and distributes them across all channels. As explained by Shirk, this would include a data services platform to capitalize an extensive range of data sets to facilitate judicious offer creation, to pave way for dynamic creation of offers (including bundled ones), plan out order fulfillment and also, support both traditional and NDC distribution.

As for understanding the efficacy of the workflows resulting from functionalities introduced in the NDC standard, Sabre recently announced the Beyond NDC program under which it has partnered with four travel companies, including American Airlines, American Express Global Business Travel, Carlson Wagonlit Travel and Flight Centre Travel Group. “We have a roadmap in which every single quarter of 2019, there would be more capabilities, both on the GDS and the PSS sides, to provide offer and order management-based capabilities in the APIs to map to the agencies and support the content structure for it. It is going to be an 18-month journey of robust functionalities through 2019 that we have planned,” shared Shirk.

With such initiatives, the team at Sabre also intends to continuously refine its capabilities.

Sabre, as a GDS, believes that its role goes beyond retail.

Sabre also emphasizes the role of fulfillment services, and focuses on sharpening initiatives around data. As mentioned by Shirk,  Sabre has visibility around shopping behavior and ancillary booking patterns, which in turn nurtures core offerings. “Decision science, where you actually take a set of disparate pieces, looks for patterns and come up with actionable insights. That's going to be a critical aspect in terms of innovation,” said Shirk.

With NDC, there are many aspects that need to be tested on an ongoing basis. Overall, there have been 62 NDC certified airline deployments (by mid-August of this year). Encouraging news is that IATA is working on cutting down on varied interpretations of the standard by various stakeholders. This came to the fore with the introduction of the version 17.2 last year, addressing concerns pertaining to too much flexibility in the schemas.

“IATA’s definition of NDC has its own layout, but what Sabre is attempting with the Beyond NDC program is to ascertain what needs to be done to provide a more robust offer and order structure, and the way it plays out in the GDS,” said Shirk.

The industry today stands at a crucial juncture as far as embracing airline retailing is concerned. Sabre believes it is on the right track with its suite of IT solutions catering to all aspects of the travel industry. 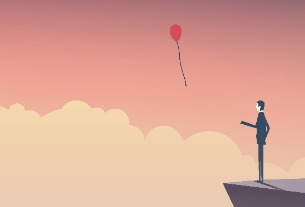 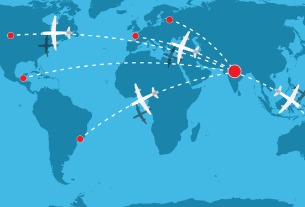