Tao Peng, a local serial entrepreneur who built companies like Breadtrip, CityHunter and co-founded CityHome, announced personally that he would join Airbnb in September as President of Airbnb China.

Mr. Tao Peng will join Airbnb in September as President of Airbnb China.

For the past six and a half years, he has been an entrepreneur, building companies like Breadtrip and CityHunter. In the last two years, he co-founded and helped grow CityHome, a company that offers short-term rentals in homes and apartments across China.

BreadTrip and CityHunter had tens of millions of loyal users and were popular new ways for people to experience cities and share their travel memories with their friends. Airbnb announced last week that it would invest USD 5 million in CityHome.

“We have achieved incredible success, but we are still in the very early days of Airbnb China. To succeed, we need an entrepreneur who knows China and is supported by a team of experts so that we can move fast and execute at the highest level. Tao is an exceptional leader and I can’t think of anyone better suited for this role. Going forward, I will continue to serve as Chairman of Airbnb China.” 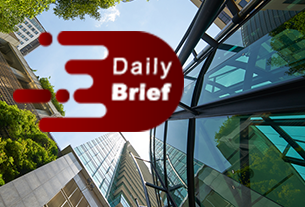