Ctrip invested in supersonic airplane developer Boom, launched a travel content platform, and teamed up with AccorHotels; Alibaba partnered with Xiaozhu, and rolled out a new booking portal with Marriott.

Ctrip has completed a strategic investment in Boom Supersonic, which is building a supersonic airliner capable of carrying 55 premium passengers at Mach 2.2 (2,335 km/hour), more than twice as fast as current passenger airplanes, and the fare will be on par with current business class fares. The two companies are working to halve flight times from China to the United States, South Asia, and Oceania.

Ctrip launched a content platform, Hydrogen Balloon, to edge into the import and export of online travel content. The platform aggregates and processes travel tips and local experiences that are produced by traditional official channels, self-media as well as KOLs (Key Opinion Leaders) and savvy travelers. It also distributes structured content to Ctrip-affiliated travel and lifestyle communities including Qunar, Tongcheng, and eLong.

Ctrip announced the signing of a memorandum of understanding with AccorHotels that will allow over 300 million registered Ctrip users to access personalized experiences from the French hotel group’s global portfolio. As well, the partnership will highlight AccorHotels’s accredited hotels more prominently, build a flagship store for AccorHotels, as well as joint development of loyalty programs and cooperation on IT.

The joint venture formed by Alibaba and Marriott in August 2017 put an exclusive booking portal online last week. This is the first time that Marriott has created a one-stop booking experience, and it is created exclusively for the Chinese market, since it acquired Starwood Hotels and Resorts in September 2016.

Facing new ride-hailing challengers like Meituan-Dianping and Ctrip, DiDi Chuxing is planning an initial public offering as early as this year, The Wall Street Journal reported. The move would put the company’s value at USD 70-80 billion and make it one of the largest technology IPOs ever.

Shanghai Disney Resort has opened its seventh themed area, Toy Story Land, in the style of the blockbuster movie franchise. The expansion was driven by the escalating need of China’s growing middle class for family entertainment options. A new policy will start in May and allow travelers from 59 countries to visit Hainan for 30 days visa free, said Qu Yunhai, deputy director of the State Immigration Administration, at a press conference in Beijing. China will adopt a one-visit-only policy to streamline travel document applications nationally starting May 1.

Hotel giant China Lodging Group (Huazhu Hotels Group) has led a funding round worth tens of millions of yuan for 24-hour self-service fitness space provider ParkBox. In addition to developing more forms of fitness box, the financial injection will help bring ParkBox from the community into China Lodging's hotels, which has 500 hotel projects planned for the next two years.

HNA Group has sold its entire 25% stake in Hilton Worldwide for USD 5.9 billion, according to domestic news site 21jingji.com. The sales will produce about USD 2 billion total profit for HNA.

PKFARE, an all-in-one B2B platform for global travel products, has raised tens of millions of yuan in its A round of financing. At present, PKFARE has collected dynamic data from more than 600 airlines, 400,000 hotels and 20 destination TMCs worldwide, serving tens of thousands of resource consolidators across 100-plus countries and regions.

Yundijie.com, a consolidation platform that combines driver-guide services, hotels, activities and restaurant reservations all in one, has fully acquired Mogu Trip, an international B2B hotel marketplace. Through the deal, Yundijie aims to branch out into international hotel distribution and further enhance its product supplies.

The two platforms have completely integrated their IT systems and technical support, bringing more targeted users into the industry and providing better leverage in the global hotel market. 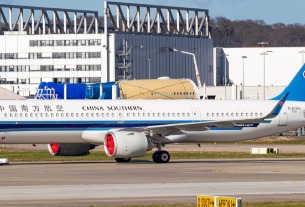 Oneworld Alliance seeking to bring China Southern into its ranks
©2022 广州力矩资讯科技有限公司 粤ICP备06070077号
Tell us more about yourself!