Ctrip Car gets the nod to run ride-hailing business; Meituan extends its offerings to 320 million annual active users through its Mobike acquisition; and higher fuel cost is affecting the growth of airlines.

Travel agencies were the second fastest-rising category in the BrandZ China Top 100 in 2018 with a 57% increase in brand value.

Along with Qunar (ranked 63rd), a newcomer brand, online travel brand Ctrip (ranked 34th) propelled the travel agency value rise, increasing 36% in value on top of a 32% increase a year ago.

Following a collaborative deal with US ordering platform OpenTable earlier this year, Ctrip will extend its restaurant reviews in its Gourmet List to cover 150 cities worldwide this year and unfurl its membership service system soon.

Ctrip has recently obtained an online car-hailing operating license, giving its independent car-booking services the right to offer services nationwide after three years of preparation. An insider revealed that Ctrip is currently mulling over cooperation with Uber.

Meituan Dianping, a local growing competitor of Ctrip, has begun discussions on a Hong Kong initial public offering within this year, according to people familiar with the matter. Meituan declined to comment.

Meituan is also acquiring loss-making Mobike in whole for USD 2.7 billion, according to a person briefed on the terms.

In an internal message released on April 4, Meituan CEO Wang Xing said: “As a new member of the Meituan family, Mobike will continue to maintain independent brand and operation, and the management team of Mobike will stay unchanged with Mr. Xiaofeng Wang serving as CEO, Ms. Weiwei Hu as President, Mr. Yiping Xia as CTO, and I will serve as the Chairman of Mobike.”

The purchase of Mobike will add bicycle-sharing to Meituan’s suite of services for its 320 million annual active buyers.

Airbnb China said in an email: “Airbnb China must comply with local laws and regulations, including privacy and information disclosure laws.”

Airbnb launched Airbnb Plus in Shanghai on March 28 and plans to expand the service to more cities this year. Every qualified Airbnb Plus home has been inspected and verified in person against a 100+ point checklist covering cleanliness, comfort and design.

Readings of travel & tourism and airlines

The Annual Economic Report by the World Travel & Tourism Council shows that in 2017, China leads the world in the growth of travel and tourism. Taiwan-based OwlTing, which has raised USD 6 million from Kyber Capital and Midana Capital among others, has built a blockchain-based system for 400 clients. The system will help eliminate double-booking of hotel rooms by recording real-time inventory as customers book through online services such as Expedia.

Sogou, one of China’s innovators in search engine, has launched its AI-powered, portable translation device, the Sogou Travel Translator.

The offline translation mode allows users to translate real-time dialogue and text-embedded in images without being connected to the Internet. Optical Character Recognition technology enables translation of image-embedded text so users can read street signs and menus; and the voice recognition accuracy rate is over 97%.

GreenTree Hospitality Group, which franchises over 2,000 economy hotels and mid-scale hotels in China, plans to list itself on the NYSE under the symbol GHG.

“The strategic investment in Baoku Online will extend Shiji’s hotel business to the enterprise travel management market, Baoku Online will, in tandem, increase their hotel suppliers and expand its enterprise client base by taking advantage of access to the Shiji platform eco system,” said Kevin King, Chief Operating Officer, Shiji.

Smart mobility solution provider Tech Valley has raised tens of millions of yuan in its A round of financing. 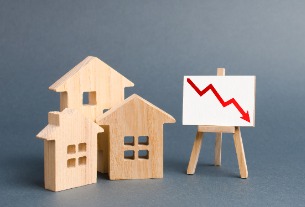