Cookies-based approach to tracking behavior of travelers isn’t enough as one might not be offering accurate message/ ads. On the other hand, mobile device IDs offer more dependable data.

ChinaTravelNews, Ritesh Gupta - Uncertainty around tracking a user and their activity on smartphones, PCs etc. and wastage of ad spending are ongoing issues in the complex world of advertising technology (ad tech). One of the key developments in this arena has been the progress made with mobile device IDs, an identifier that can be assigned to a particular mobile device, generally accessed through opt-in mobile apps.

The travel industry needs to keep pace in this arena, as mobile device IDs can contribute in a big way in targeting travellers with precision considering the significance of knowing where people go and how they spend their time tells us a lot about them. Also, mobile device IDs are overshadowing the “traditional cookie”, when it comes to a more well-defined way of tracking users because a match is only made when there is a definite link between a user and a device.

“For each mobile device, there is one device ID. This means the data quality tends to be much higher than traditional cookies-based data collection,” said Arthur Chan, Chief Operating Officer at Vpon Big Data Group, who asserted that his team is equipped with targeting passport holders and high spenders. Vpon reaches over 600 million devices in China, and the team counts on precise audience definition as its core strength. Chan asserted that the use of mobile device IDs lays a strong foundation for the same.

Chan mentioned that the roots of precision targeting lay in A (artificial intelligence), B (big data) and C (collective intelligence).

Be it for the longevity or the quality of data, device IDs can reliably deliver, but cookies cannot. With cookie data, there usually isn’t a one to one deterministic link. So in case several users are accessing same the device or connected to the same IP address, then cookies aren’t as effective. Whereas talking of mobile IDs, these identifiers connect apps with particular servers and are attained after the app was installed by users. So one can trace users based on the data sent by their respective devices. Of course, this is possible only when access to data is allowed. In this context, in-app inventory is gaining prominence, more so when companies have been gearing up for ad-blocking feature in mobile and desktop versions of browsers.

App installation behavior is an important area now. “Based on app detection related to devices, we can work look-alike audience profile based on the app usage,” said Chan. So this can help in advertisers in meeting objectives, for instance, efficiently targeting users for achieving the conversion such as registration, purchase, app download and so on.

As for working with travel advertisers, the team analyzes the behavior of mobile IDs, and then maps with Vpon’s data pool. Its mobile DSP is connected with several mainstream media platforms including programmatic buying ad-exchange, supply side platforms designed to optimize the yield of publishers and app developers and travel vertical specialists such as Qunar. “So based on the data we collect and group together, we have crafted our own DMP (Trata, featuring over 60 million Asian tourists’ behavior data and more than 70% from China).” As for the probability of identifying a potential traveller with such database, Chan mentioned that it is important to note that there are currently less than 10% of people in China who have a passport. It covers around 137 million people. Vpon has base of around 7 million passport holders from China. 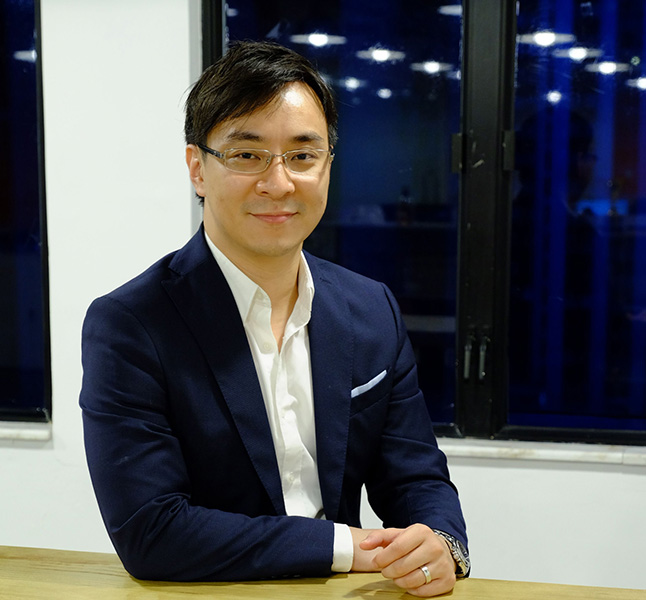 “We look at setting up audience-lookalike profile and work further by correlating the same in a large pool of (ad) inventory source. We start from the highest quality data part first and then expand the audience pool,” said Chan. The team at Vpon worked with American Express for a six-month campaign to highlight the advantages of credit cards plus step up overseas transaction. Chan, referring to the possibility of spotting potential credit card owners, traditional advertising wouldn’t help. “One wouldn’t know who is the card holder, travel intention…and if you end up doing generic branding campaign, it results in inefficiency. But since our focus is on locating the same mobile device and by tracking the users’ mobile behavior from their entire journey (pre-, during-, after-trip), we can identify the potential customers with great value. So, for instance, being aware of the destination booked, tourists can be targeted cash rebate offer creative to encourage local spending during the actual trip phase. Chan said that it is hard to chase the behavior when one is travelling, and also lot of expenditure happens due to emotional buying or unplanned shopping. “So in that case if we can chase the mobile ID and being aware of trip essentials, buying preferences etc., it is possible to push relevant content/ ad (example, an excursion tour that would be ideal for a family).” This knowledge about travellers can be useful for foreign merchants in shopping malls, tourist boards etc. planning to target outbound Chinese travellers. Since the definition of buying is sharp, right from the pre-trip, so if a foreign company would like to target, say a young family, then it would be possible knowing the intent, buying behavior, location etc., all facilitated by mobile device ID. The travellers are categorized – non-business frequent-fliers, general tourists, first time tourists etc. “In case of first time visitors, they could be offered discount coupons or low price offering,” said Chan.

Traditional or generic ways of advertising are absolute “no”

Cookies result in lots of distraction in case of retargeting methodologies. Cookies end up tracing a single session; mobile IDs are with users for as long as they have their device. And, while cookies can’t track activity within apps, device IDs can – and they can track location as well. “So based on such data, one can plan ads, communication, content in a precise manner,” said Chan.

Going by a conventional way of targeting people with travel-related interest isn’t enough rather it is critical to curtail the wastage of ad impression. “Media placement could prove to be a wastage in case a company ends up going after a traveller who has shown interest, but isn’t in a position to travel since they don’t have a passport,” said Chan. Vpon counts on “likely spenders” as its core strength. “So any travel advertiser keen on running a large scale campaign can work with Baidu, Alibaba or Tencent. Of course, it is costly. Our advertisers want precise results.” So building on their database of audience (for instance, targeting high spenders from all the passport holders base and this is not only from tier 1 and tier 2 cities but penetrating further), the use of location data is emerging as a strong weapon in the overall targeting arsenal – be it for the pre-trip stage or during trip and even the post trip stage. By focusing on the location as well as the audience (as per the booking funnel), travel advertisers can better meet their campaign objectives. So, in case of pre-trip, potential travellers/ passport owners are identified around their home region, whereas for the in-destination phase, it could airports or travelling destination. By looking at mobile behavior plus contextual signals provided by a mobile device, could be about location, weather etc., travel advertisers can come up with relevant ads or even recommendations for travellers.

Chan mentioned that in case of China, over 80% of transactions are coming via mobile devices. “The historical behavior, depicted till few years ago, has evolved (looking for information on a mobile and transacting on a PC). Now the (booking) journey can start and end on mobile devices. So one has to be relevant, contextual across micro-moments (significant moments of travel shopping).

It is always fascinating to assess whether a user clicking on an ad is of any value to the advertiser or not.

Predicting ad clicks using AI can be highly beneficial to improve efficiencies. Audience-oriented data accumulation and management of ads via a real-time bidding engine, along with manual adjustments on ad frequencies, period setting, etc. are signs of progress. It is imperative for travel advertisers to avail the most of it. 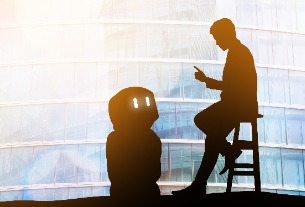 Chinese airlines and airports increase automation and AI investments
©2020 广州力矩资讯科技有限公司 粤ICP备06070077号-2
Tell us more about yourself!