"Accor probably is making more profit as an investor in China Lodging than we could have made by remaining independent for the next 50 years", said Sebastien Bazin, Chairman and CEO of AccorHotels.

ChinaTravelNews - Sebastien Bazin, Chairman and CEO of AccorHotels, shared his ideas on China’s hospitality market and the upcoming travel technologies at the 2017 China Tourism Development Forum held in Suzhou, China on December 20.

Mr Bazin said of the hotel market in China: “China will be, or maybe it is already, the largest market in the world, surpassing the US. With every year passing, Chinese travelers will get more and more comfortable moving away from Asia Pacific. And that has a huge impact on the hospitality industry.”

He believed that “China and the US are the two largest hospitality markets in the world. Both have been through fast growth for the past 40 years”, and “what is happening in China today is the exact same thing that had happened in the US during 1970-1990, when major US chain companies dominated the US market for 20 years”.

Hilton, Marriott, Wyndham and other major hotel brands have dominated the US hotel market since the late 20th century, because it’s relatively easier to get to grips with a uniform legal system and currency in the single US market. Similarly, BTG HomeInns, Jin jiang and China Lodging collectively control more than half of the market share in China’s hotel industry nowadays. 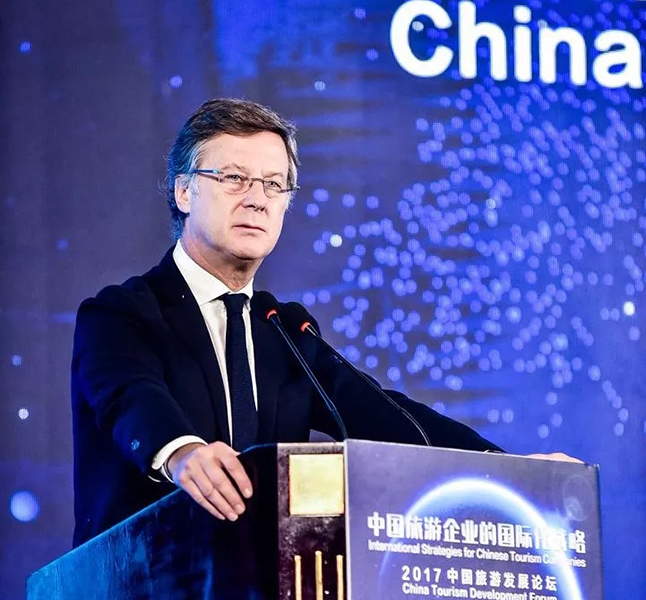 “I have to accept not being the leader in China, the biggest hospitality market in the world. But I just cannot exit China. I have to remain because I need Chinese travelers to visualize Accor’s brands in China. If they don’t know Ibis, Pullman, Mercure hotels, they will not go to these brands outside of China,” said Mr Bazin.

Having won the operating rights in a number of Accor brands, the market capitalization of China Lodging is USD 9.5 billion today, compared with USD 1.5 billion when Accor became its shareholder three years ago. “Accor probably is making more profit as an investor in China Lodging than we could have made by remaining independent for the next 50 years,” said Mr Bazin.

Joseph Wang, CCO of Travel Daily, interviewed Mr Bazin during the conference about the struggles of small and medium-sized travel companies and Priceline’s foray into hotel’s direct booking technologies.

Wang: As bigger OTAs are getting bigger, the small ones have to specialize. So what’s your suggestion to the middle hotel brands, middle OTAs and middle-scale travel companies? How do they survive?

Bazin: We have put on AccorHotel.com a number of independent non-Accor hotels. We signed 2,000 independent hotels in only 9 months, and we didn’t do it to compete with OTAs, because it would be absolutely foolish and too late. No one could create a full-service OTA, I really don’t believe it could exist other than Google, Baidu and the big guys, and we stopped it because nobody knew that we had 2,000 independent hotels at AccorHotel.com. If I wanted to make it known, it would cost me probably 200-300 million dollars per year in digital campaign. And I decided we were better off investing the same 200-300 million dollars in Accor-branded networks.

So the lesson here is that OTAs are critical to the very technology, digital and cash intensive business, because they occupy this space.

The small/middle hotel chains will probably find it difficult to continue ahead of that. If you have the size of Accor, size of BTG, size of Jin Jiang, size of Hilton, you would stay alive, because we have hundreds of millions of capacity to invest in our own volume system, in our brands and acquisitions. For hotel chains with 50, 70 or even 200 properties, and in the next 5-10 years, you will be either acquired by the big hospitality players or you will become a franchisee of the big hospitality groups. In tomorrow’s world, things will be difficult if you don’t have the size.

If you’re very good for 2-5 year when you create a niche brand, you will exist. Each of those trendy brands have red lines for three or four years, but in year 7-10, someone is more trendy than them, and they suffer. So, tourism belongs to big players. 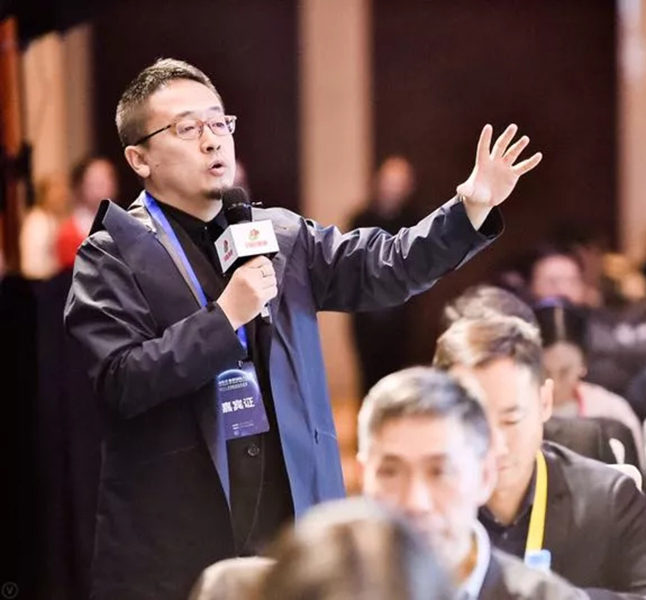 Wang: Glenn Fogel mentioned at the TravelDaily Conference one month ago that the next high-profiling US market for Priceline Group comes from the hotels, I don’t think he means the traditional commission model. It’s hotel direct booking or hotel technology. Do you agree with that?

Bazin: I believe what Priceline, Expedia and Ctrip are doing is immensely valuable to me, because they bring me clients from Las Vegas, Los Angeles, Malaysia, in which I don’t have any networks. For me to pay a commission, OTA costs me far less than opening a server, so that commission works. I’m watching what would be the consequences of AI, AR. They will be watching the same thing, because they don’t know how disruptive the new model would be on their own model.

The great lesson is TripAdvisor. Two years ago, everybody in the Western world thought TripAdvior would grow further and further as the best hotel recommendation site. Only 15 months have passed, and TripAdvisor’s stock market value went from 12 billion dollars to 450 million dollars. Why? Because Google decided to launch their own hotel recommendation site for Google Hotel Ads. 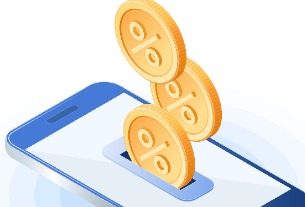 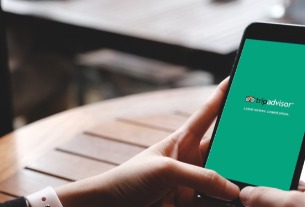 TripAdvisor is trying to sell its vacation rental businesses
©2020 广州力矩资讯科技有限公司 粤ICP备06070077号-2
Tell us more about yourself!