China faced a tourism trade deficit of USD 216.7 billion in 2016, as Chinese tourists spent USD 261.1 billion abroad while China’s inbound tourism receipt for the year was USD 44.4 billion, according to the Annual Cross-border Consumption Index Report released by Economic Information Daily and Visa on September 11.

The report pointed out that Beijing, Shanghai and Guangzhou are the gateways for inbound tourists from countries along the ‘Belt and Road', each gateway is preferred by tourists from a different region – tourists from Middle Asia and Russia favor Beijing, European travelers select Shanghai and Southeast Asian visitors prefer Guangzhou.

Chinese outbound tourists, on the other hand, tend to flock to regions along the ‘Belt and Road' countries, besides North America. The top three destination clusters for Chinese tourists along the ‘Belt and Road' Initiative regions, as identified in UNWTO information in 2015, were Hong Kong-Macao-Taiwan and Southeast Asia; Japan and South Korea; and Europe (Russia not included). Of the three regions, Hong Kong-Macao-Taiwan and Southeast Asia had nearly 36.3% share of China’s outbound traffic, whereas Japan and South Korea claimed 9.5% and Europe (excluding Russia) more than 4%. Central Asia only received a fraction of China’s outbound traffic, while Chinese arrivals to Russia have been increasing thanks to the sharp depreciation of the ruble since 2016.

The report proposed that, in order to deal with the tourism deficit, China should further economic restructuring and upgrading as well as the opening up of China’s economy, while enhancing internationally aligned electronic payment environment to help draw international tourists.

Xueli Yu, CEO of Visa Greater China, saw great potential in the cross-border consumption market along the ‘Belt and Road' regions. Chinese Academy of Social Sciences (CASS) researcher Tao Yang remarked, in a seminar about cross-border payment, that demand is rising for small cross-border remittance with the emergence of international education, tourism and labor forces. He believed competition for users and customers is inevitable with more and more cross-border payment solutions available. 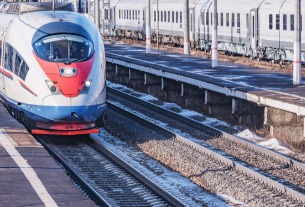 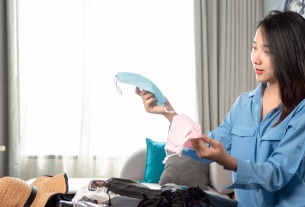