China Southern has authorized more than 2,000 ticketing agencies including major platforms Ctrip and Alitrip, to sell the airline’s tickets and related products. 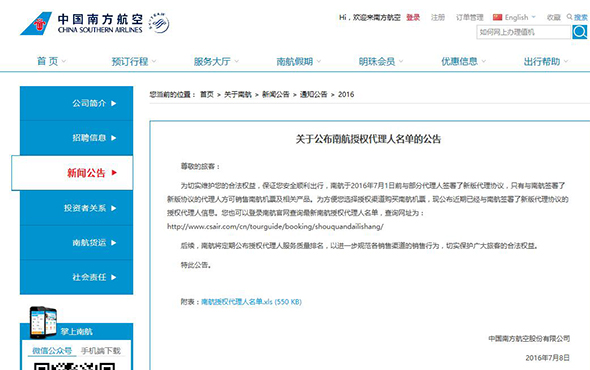 China Southern Airlines has released a name list of more than 2,000 ticketing agencies that have signed new authorization agreements before July 1 to sell the airline’s flight tickets and related products. In the list released are major third-party booking platforms Ctrip, Alitrip, Tongcheng Tourism (LY.com) and Tuniu.

Since then, the majority of the airline companies in China have reached modified agreements with ticketing agencies, in which segment-based agent-fee policy is stipulated and agencies are prohibited from selling the carriers’ standard products on third-party platforms. Ticketing agents without the airlines’ authorization are not allowed to sell the carriers’ flight-related products on C-end and B-end platforms including Ctrip.com, Alitrp.com and Qunar.com.

China Southern Airlines plans to sign business agreements with major C-end platforms meeting the carrier’s requirements and will allow third-party listings by approved agents only on those platforms. The packaged or portfolio contents with China Southern tickets to be sold on the platforms must also be approved by the carrier.

Third-party airfare listings on major platforms such as Ctrip and Alitrip have been removed. As there are companies affiliated to Ctrip, Tongcheng Tourism, Tuniu and Alitrip in China Southern’s name list, the platforms in turn have the rights to sell the carrier’s flight tickets on their platforms.

Yicai.com reported that another travel booking website Qunar.com has also filed an application for China Southern’s distribution authorization, and approval is still pending.

The airline said that it will regularly release rankings of the ticketing agents’ service to further rectify the distribution channels. (Translated by Jerry) 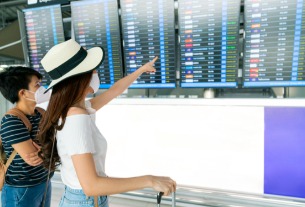