In the midst of its privatization for a domestic listing, eLong recently got its hotel reservation service listed on WeChat Wallet.

ChinaTravelNews learned on June 22 that WeChat Wallet, a mobile payment platform of China’s most popular social network Tencent, has launched a booking channel that enables accommodation and travel products booking through OTA eLong. 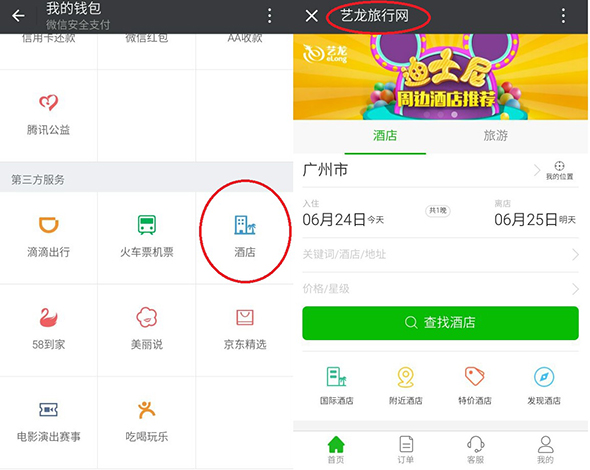 The channel is opened only to small group of WeChat users initially. The hotel-booking content is powered by eLong’s mobile website, while the travel product content is linked to the mobile portal of eLong’s key shareholder, Ctrip.

WeChat is China’s dominant social network service and claimed to have more than 700 million active users monthly in March this year.  Wechat’s huge user base and heavy traffic is highly sought after by many OTAs.

eLong, a major travel aggregator, announced on May 30 that the company's board of directors has approved eLong’s privatization. Tencent is set to be the second largest stakeholder of eLong after its stake in eLong is increased from 15% to 27% in the deal. (Translated by Jerry)