Home > > Apple thinks the future of TV is apps, so where are the travel ones?

Apple thinks the future of TV is apps, so where are the travel ones?

Travel apps represent about 5% of mobile apps, but they don’t nearly have a 5% share among the TV apps yet. However, Apple TV, as a new app platform, is ideal for engaging travellers with inspiring content and helping them better research travel.

Much has been written since then about how the Apple TV and its dedicated app store is actually just a gateway to Apple’s next big move to deliver mainstream TV to the masses via a streaming service. However, Apple appears to have “pressed the hold button’ on that streaming concept (for now) — a topic for another time.

Let’s focus instead at the future of travel apps… on TV.

To say it has been a slow start is being kind, and we’re not just talking Apple here. On Amazon’s Fire TV app store there are only 51 travel apps, with Orbitz being the only name of note, the rest comprises mainly of tourist office promos with a poorly made video attached e.g. Visit Seattle.

Android TV is no better at the moment, watching ‘In Bruges’ on Netflix is the closest you’ll get to anything travel-related on this platform today. Both Android TV and Amazon Fire TV have both been around for nearly 2 years, the uptake is clearly slow but the lack of good travel content is an issue.

Now admittedly the app store for tvOS has only been around since October last year, but so far the travel domain on Apple TV is not showing any major signs of doing much better.

With only 3,000 Apple TV apps available for download, some patience is needed before adoption in travel grows. Plus, it takes trial-and-error to figure out what works for a new medium like Apple TV. One short video shows the design details that Airbnb has had to consider for its app.

But even with those caveats, progress seems slow. Travel apps represent about 5% of mobile apps, but they don’t nearly have a 5% share among the TV apps yet. In December last year, App Annie reported that there were only 32 travel apps available to download for Apple TV.

In fact, there are still so few travel apps in the app store that it does not yet have a dedicated category. Education, Kids and Sports are all there but there is nothing for Travel, so why exactly is this?

This quote is from an actual conversation I had last year with a well-known airline that I won’t name. Yet the viewpoint is common within the travel industry as a whole. “Why would I do that on my TV?”. “It’s not the direction we see our mobile strategy going”.

These are two more examples of many similar conversations I had with airline executives I met throughout the last year regarding the launch of Apple TV.

Every time I heard these comments it reminded me of MTT’s very early days. A common reaction to visions of the future use of mobile devices to research and book travel within the travel industry was:

“Book a flight on a phone, are you mad, no one is going to do that!”

So what is happening in the travel industry and which travel apps are already living in the future of TV? As Apple does not have a category for it, let me guide you through the key trends. 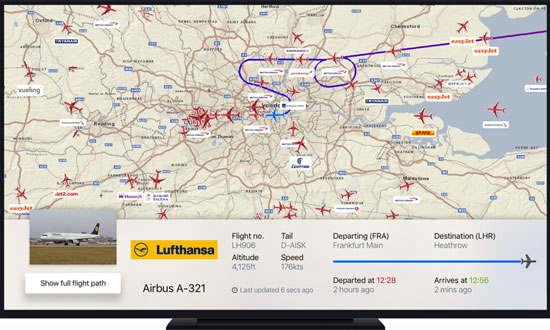 Planefinder and FlightBoard are leading the field here, in fact both apps are listed in the Top 10 paid apps overall. Aviation aficionados around the world are using these apps to watch and track flights in real-time.

Trend 2: The Inspire Me apps

Hostelworld and Thomson have become first movers in this space and Breffni Horgan, head of product and design at Hostelworld, summarised how Apple TV apps can be leveraged to inspire travellers when she said:

“Perfect for researching that next adventure, this app will enable you and your friends to find the hostel that’s right for you from the comfort of your sofa.”

Apple TV is new app platform that is ideal for for engaging travellers with inspiring content and helping them better research travel.

Does this sound familiar? Cast your minds back to the halcyon iPad days of 2010 when the first wave of tablet travel apps were launched by airlines such as Lufthansa and Delta. These airlines said exactly the same thing about that platform when it first launched.

Six years later and tablet apps have evolved far beyond this functionality to become sophisticated companion apps that support each stage of the travel cycle including booking, ‘day or travel’ and the on-board and off-board experience. Like tablet apps back in 2010, Apple TV apps today are at the very beginning of their evolutionary process. Companies such as Airbnb, Homeaway and TripAdvisor are taking the ‘inspire me’ trend a step further by using Apple TV as an extension of their wider mobile app strategy. Homeaway’s ‘send to phone’ functionality (seen in the image above) demonstrates how companies can connect Apple TV to other mobile platforms such as a smartphone app.

It also strongly hints that in the near future, travellers will be able to book travel directly via the TV. For the moment however, we need to look outside of travel at retail-focused apps such as QVC to see this new world of Apple TV purchases in action.

The possibilities for ‘TV purchasing’ of flights and other travel related products is without doubt a reality we are not far off from.

What does the future of travel apps on TV look like? At the time of writing this blog post there still no airline or hotel apps available to download for Apple TV and (surprisingly) the online travel agency giants such as Expedia, Booking.com and Priceline have remained quiet on the subject to date.

As I mentioned, Apple TV adoption in travel has been slow, to say the least. However, let’s not forget that in July 2009, one year after the app store opened, there were only 65,000 apps listed in the apple store and today there are more than 1.5 million.

Just look at what is already available for Apple TV apps– flight tracking, destination guides, inspiration and reviews. Once booking functionality is added to the mix, we will have the foundations for a comprehensive travel app.

Already today’s traveller is ultra-connected with multiple devices and higher digital expectations from airlines and travel companies than ever before. The addition of TV apps into the mix brings another touchpoint and opportunity for suppliers and intermediaries to interact with end travellers.

There is a great opportunity to really immerse end travellers with rich engaging content that motivates their next travel purchase. For the end consumer it brings more choice and convenience as another channel through which they can access travel content, be inspired for their next trip and ultimately make bookings.

If you can please pardon the pun, the Apple TV space is definitely one to watch! 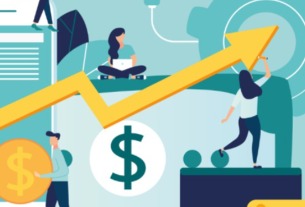 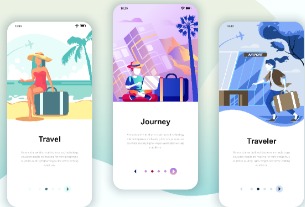 Keeping grounded travelers engaged through apps
©2022 广州力矩资讯科技有限公司 粤ICP备06070077号
Tell us more about yourself!