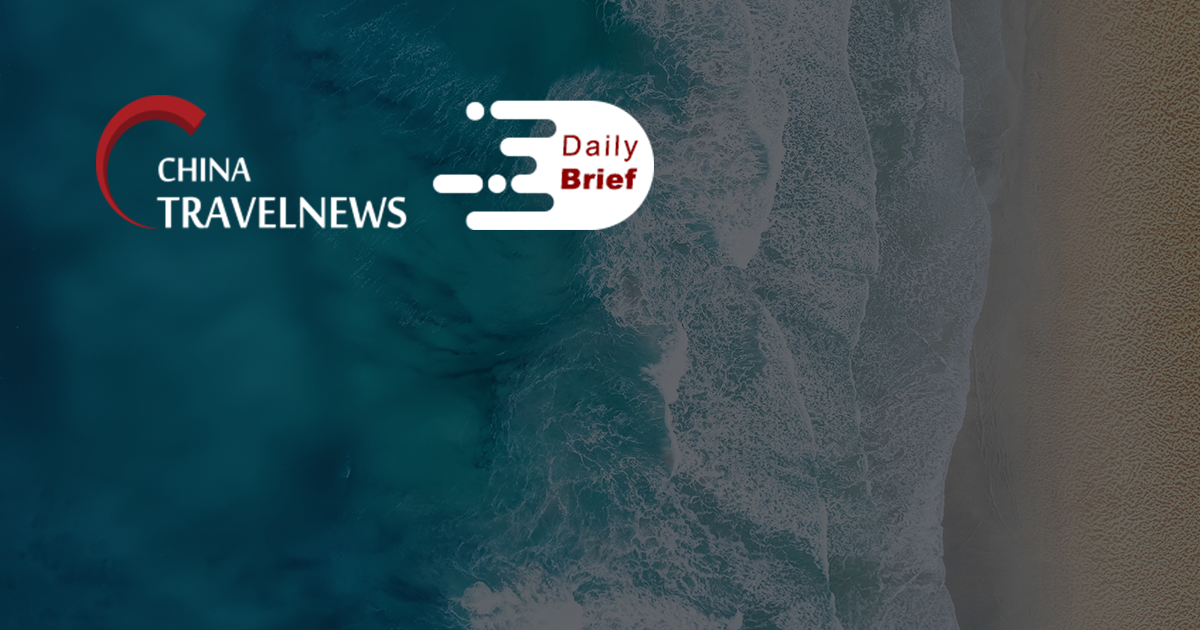 >> Alibaba's online travel unit Fliggy,is to launch an upgraded version of its “Fly At Will” flight passes product that offers consumers flights nationwide in attractive deals. The new product is to be released on October 21, the first day of the pre-sale of Tmall’s annual Double 11 shopping festival. More than 1000 domestic flights of 11 Chinese aviation companies will be available on the platform

>> Trip.com Group is launching “LIVE for Trip” as a part of its “Travel On” initiative to bolster the recovery of the global travel industry and coincide with the company’s 21st anniversary. Every day from October 10 to November 11, Trip.com Group platforms will host livestreams focused on different travel products and destinations.

>> China has unveiled a prototype of a high-speed locomotive that can run on any gauge of track. The 400km/h engine has “gauge-changing bogies” that could potentially speed up rail travel across international rail systems.The train was developed by CRRC Changchun Railway Vehicles, a division of state-owned CRRC Corporation, the world’s largest maker of rolling stock.

>> China Southern, the nation's largest air carrier, received its second domestically developed ARJ21 in Shanghai on Wednesday. China Southern plans to take delivery of another ARJ21 by the end of the year and 35 ARJ21s will be part of the airline’s network by 2024.

>> China Express Airlines said it wants to expand its fleet by 100 brand-new aircraft. The airline plans to acquire 100 aircraft from China Commercial Aircraft Company (COMAC), a Chinese state-owned aerospace manufacturer. The purchase is still subject to the air carrier shareholder’s approval. While other aircraft manufacturing giants such as Airbus or Boeing suffer a decline in the demand for their production, the order for the domestically-developed jets could significantly boost the production of a China state-owned manufacturer COMAC.