The cliff wall that is rate parity in Germany has been further chipped away by Wednesday’s court decision to prohibit Booking.com to apply “best price” clauses in its contracts with hotels.

Germany’s Bundeskartellamt court ordered Booking.com Deutschland GmbH, Berlin; and Booking.com B.V., Amsterdam, to completely discontinue the practice in its contracts and general terms and conditions by 31 January “as far as they affect hotels in Germany.” Booking.com announced Wednesday that the company intends to appeal the ruling, according to a news release. 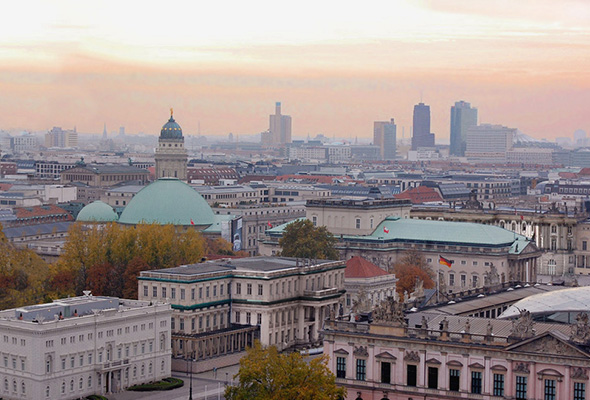 In spring of this year, Booking.com—its decision was mimicked by Expedia—said it would continue rate parity in its contracts with individual hotels but that those same hotels would be allowed to offer lower rates with third-party online travel agencies.

The Bundeskartellamt reiterated in Wednesday’s statement that at the time it “made it clear to Booking … of objections that its offer to reduce the scope of its 'best price' clauses was insufficient to allay competition concerns.”

The first German legal swiping at rate parity began with the January 2015 decision by the Düsseldorf Higher Regional Court that peer-to-peer OTA HRS, formerly the largest OTA player in Europe, could not instigate “best price” clauses.

Hotel industry insiders still see many gray areas, as they have with previous European court decisions to curb rate parity. Recently, France and Italy have banned the practice outright, but just because Germany is Europe’s largest economy, analysts do not expect a domino effect to sweep Europe without a central European ruling.

Bart P.M. Beerkens, VP of commercial for Grand City Hotels GmbH, based in Berlin, said the decision is helpful but it needs to be attributed to all parties.

“We took a decision to offer a 10% discount rate below parity to all, not just to closed parties, and to see what happened. That looks a very good decision now,” Beerkens said, who admitted that such a decision could have resulted in retaliation.

Beerkens added the decision is good for small chains but that larger ones might still need to maintain close relationships with OTAs.

“The landscape is complicated in Europe, and this is just one issue. The larger companies have far more rooms to sell and have franchise partners, so it certainly will be more important for them to have a pan-European solution,” Beerkens added.

Winkle said that as the industry saw in the French review, each of these countries are making national decisions, which might be reflected on but do not necessarily mean Europe-wide adoption.

“This is the continued application of the decision against HRS. Other countries will look at this ruling, and it will force a change in the dynamics between hotels and OTAS as Booking.com is the biggest player in Europe,” Winkle said, who added that “best prices” clauses are not the only issue hotels have with OTAs.

“If nothing else it will give the ability to break rate parity, but last-room availability might be a bigger thorn in terms of hotels taking control,” Winkle said.

There are irons in the fire to work toward a pan-European solution, sources said.

Gianni De Stefano from law firm Hogan Lovells, editor of the “Journal of European Competition Law & Practice” and founder of association AntitrustItalia, told HNN that despite legislation applying different outcomes in different countries, Europe is moving ahead in the matter.

“The Commissioner for Competition of the European Commission, Margrethe Vestager, said in a recent speech that anti-competition authorities throughout Europe were focusing on doing something on a European level,” De Stefano said.

In her 8 December speech on the matter, Vestager said, “(The European Commission) now has a common understanding of the problems we’re trying to fix. Several authorities have already taken decisions, and more national cases are in the pipeline. … But in these rapidly evolving markets, we need to be sure that those decisions are producing the right effects. I’m glad that the national competition authorities have agreed to set up a working group, together with the Commission, to monitor the effects of the different remedies in these cases.”

De Stefano added that based on this review, “the regulators may decide that the remedies previously imposed are working, or may need to look at the sector again.‎ National regulators have committed not to open new cases until this coordinated review is complete. (Vestager) added that there are national cases in the pipeline.”

“The approach of the German regulator and the one of other national regulators are in open conflict. This is not welcome as companies do not have the legal certainty of applying their business practices consistently throughout Europe,” De Stefano said.

The decision was praised in the United Kingdom, too, where the British Hospitality Association recently gave evidence on the matter to a House of Lords committee inquiry on the regulation of online platforms and will soon do so the government’s Competition & Markets Authority, which is conducting a year-long inquiry of its own.

“Authorities across Europe are increasingly waking up to the impact of unfair contracts on businesses and customers alike. The BHA is leading industry engagement. … With this evidence and against the backdrop of European precedent, the BHA seeks to convince the CMA to take action against rate parity and to ban this anti-competitive practice.”