China on Thursday issued a guideline to attract more private investment into its cash-strapped railway sector as it presses ahead with costly high-speed rail projects that the country hopes can help lift economic growth. 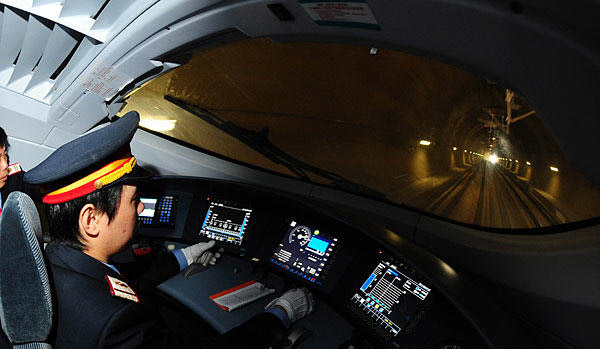 Under the guideline, from the National Development and Reform Commission, private investors will be encouraged to bid for railway contracts and manage projects through diversified investment channels.

The government wants to see more private investment in the construction and operation of inter-city and intra-city lines as well as rail links for mining projects.

It will also seek private investment in overseas railway contracts as well as domestic freight railroads and passenger rail services, it said.

China has spent vast sums on railways in recent years, and changing the way they are financed is high on the government's agenda.

In the first half of the year, China Railway Corporation, which is responsible for building and operating the country's railway network, completed only 265.1 billion yuan (43.3 billion U.S. dollars) of fixed-asset investment, or just one-third of its full-year planned investment.

The slow investment pace fell short of the expectations of policymakers, who are now looking at infrastructure construction as a pillar of the economy, particularly when the real estate sector, another pillar, is wobbling amid weak demand and declining prices.