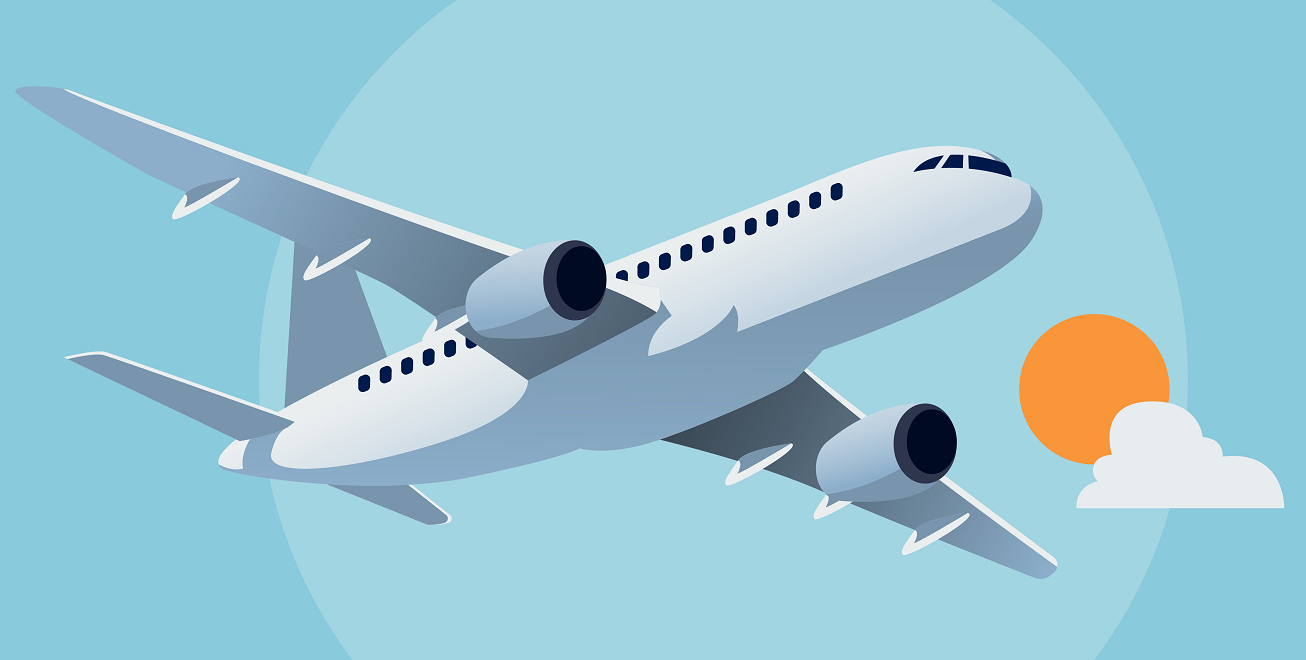 Over the past two and a half years, OAG has been watching and reporting on scheduled airline capacity in China. By the third quarter of 2020 and for much of last year, despite having closed its borders to international travelers, the industry appeared to be relatively buoyant on the back of the sizable domestic market. Last summer airlines were providing even more capacity in the domestic market than when they were also flying international sectors; there was no shortage of airline seats and China was one of the positive news stories to report on. 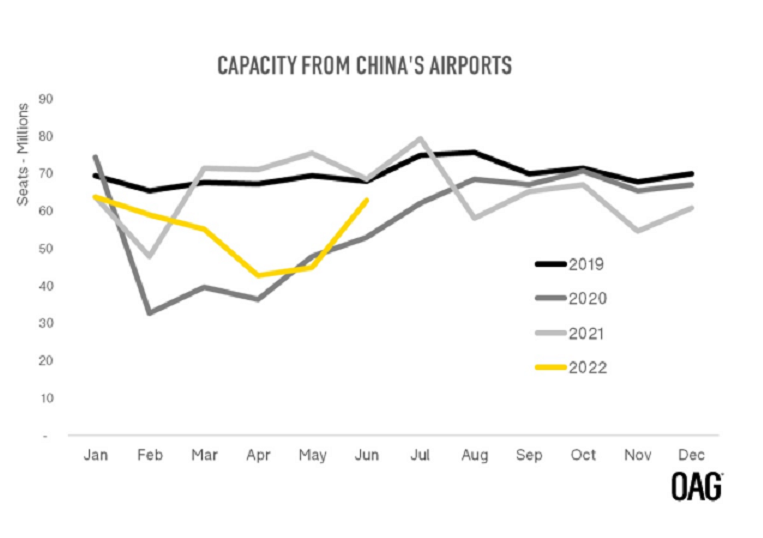 But capacity tells only part of the story. Were there passengers filling those seats? What were airfares doing in a market with ever-increasing competition from high-speed rail services, and were airfares high enough to make up for the loss of passengers flying on international routes?

Chinese aviation suffered two successive years of financial losses, 103.0 billion yuan in 2020 and a further 84.3 billion yuan in 2021. With Shanghai effectively closed for more than two months this year, and travel restrictions in place in Beijing, airline capacity took a dive in March, April and May. If the industry made a loss last year then surely it has been heading for a larger loss this year. In May, Shanghai-based China Eastern filed schedules with just half the capacity of May 2021 and the schedule for Beijing-based Air China had 44% fewer seats than in May last year. Passenger volumes were down even further.

While the speech given by Premier Li did not give any new information about when Chinese borders will re-open, there was an explicit recognition of the need for international businesses to be able to fly internationally. The need to support businesses was also mentioned because employment and livelihoods depend on them. First-quarter economic growth in China was 4.8% and there are concerns that the second quarter could be worse. There are also concerns about rising unemployment levels and business failure rates. In order to achieve growth in the second half of 2022 which would allow China to meet its target of 5.5%, China needs business growth and it needs international business growth.

Currently, international air travel is open only for essential travel and international capacity makes up barely 0.6% of all airline capacity from China. Essential travel includes those who need to travel abroad to resume work, those studying abroad of which there may be more than a million, for business and scientific research as well as those undergoing medical treatment in another country. 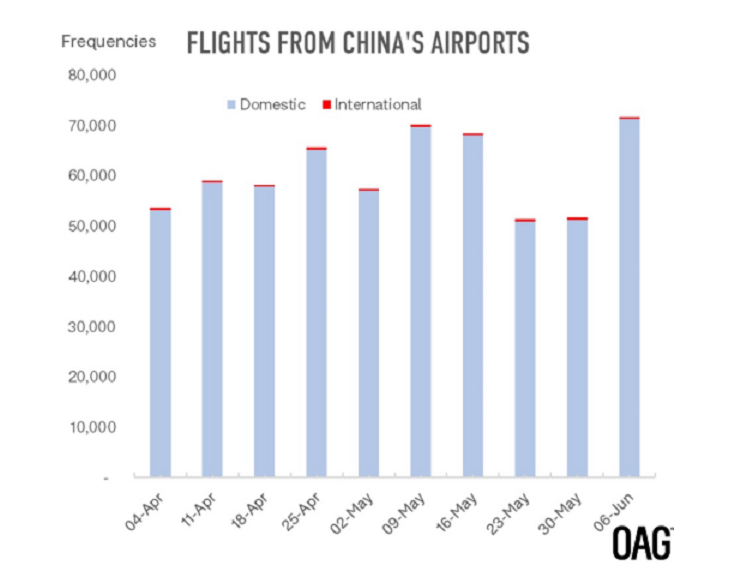 As and when international air travel to and from China does resume which will be the country markets most pleased to see its return?

The single largest market for air travel to and from China in 2019 was Thailand with 63% of the 18.6 million air passengers having a point of origin in China, according to data from OAG Traffic Analyser. Japan is the next most important market for its reliance on Chinese outbound travelers, with 58% of the 17.7 million air passengers in 2019 having started their journey in China. For South Korea, Chinese Taipei and Hong Kong the return of Chinese mainland travelers in large numbers, hopefully sometime in 2023, will also be welcome. How long it will be before the number of international air travelers to and from China will reach the level it did in 2019 – 147 million – is anyone’s guess but if the pent-up demand which has been in evidence elsewhere as markets reopen is anything to go by, then it won’t take long.