Northeastern China the base for 24% of these firms 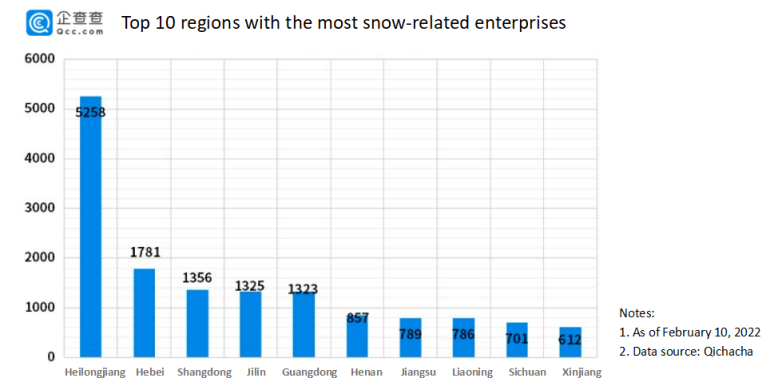 By city, Harbin ranked top with 4,261 snow enterprises, accounting for 83% of the related enterprises registered in Heilongjiang. Shenzhen in southern China, though never sees snow, had 485 snow enterprises, ranking second across China. Changchun, Zhangjiakou and other cities in northern China were also among the top 10. 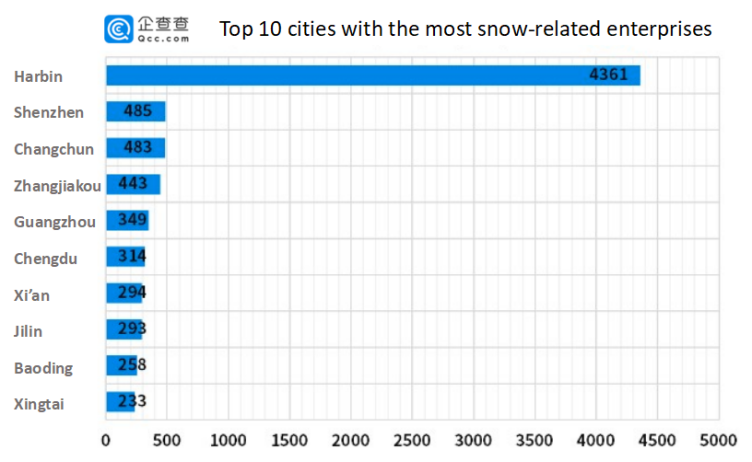 Newly registered enterprises have been growing over the last decade 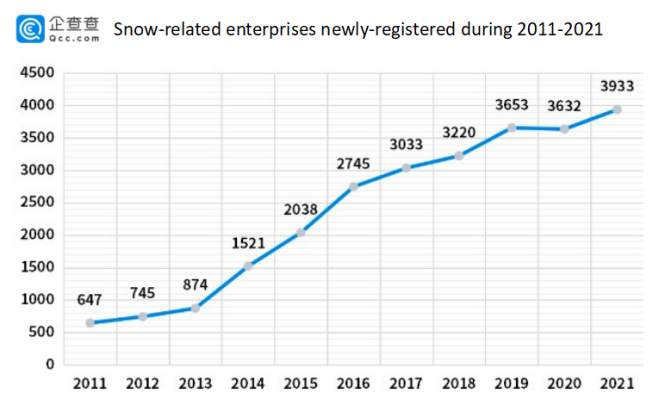 Monthly data showed that the number of newly registered snow enterprises in the first half of 2021 was growing faster compared with the same period of 2020. In particular, the number of enterprises registered in January and February soared by 268% and 154% year on year, respectively. However, year-on-year drop was reported since last September. 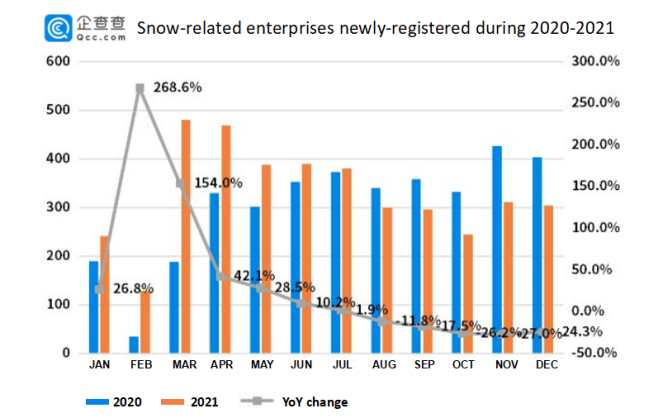 Over the past seven years, snow-related enterprises had secured a total funding of RMB 3.4 billion (USD 534.8 million) from 59 investments. Sixteen financing cases were completed in 2016, making a record high since 2015. Up to RMB 1.59 billion (USD 250 million) was raised in 2020, the year with the highest amount raised. 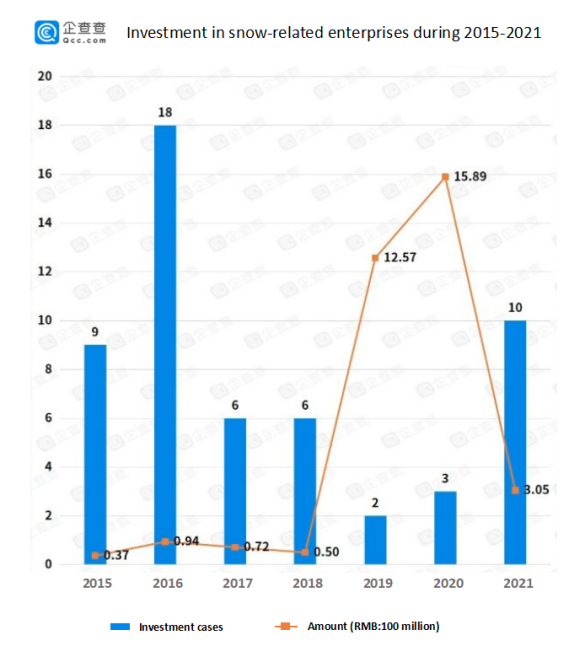 In 2021, 10 investments totaling RMB 305 million (USD 48 million) were invested in skiing-related projects, including ski equipment, venues and social platforms. About 80% of the projects were in Beijing and the rest 20% were in Shanghai, indicating that the market was targeting the middle-class in first-tier cities.