7 Chinese airlines have vanished from Australian airways since pandemic

>> China's restrictive Covid border policies have seen almost every flight to Australia scrapped, with seven major airlines pulling planes from routes that once brought in billions to the local economy. It has been exactly two years since Australia reported its first case of the virus and since that time Chinese visitors Down Under have fallen from 1.4 million per year to just 2,500. 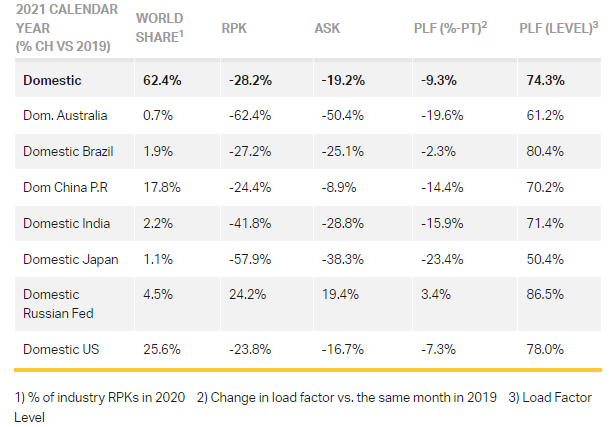 >> Chinese airports and airline companies are leading the way in automating the passenger journey, according to SITA, a Swiss air transport communications and information technology company. In its 2021 Air Transport IT Insights report, SITA said that the Chinese airports and airlines are investing in boosting their passenger management systems. A large majority of Chinese airlines (91%) and most airports (68%) expect to spend the same or more on IT in 2022 compared to 2021.

>> China Tourism Academy observed that China’s tourism industry was recovering in 2021 on the whole after two years of downturn, as outlined in its newly released report on tourism economic operations in 2021 and trends forecast in 2022. Inbound and outbound travel was stymied, while essential travel stayed flat and travel consumption fell. Domestic travel volume was down by 18.3% year-on-year in the third quarter of 2021 under the impacts of macroeconomic downturn and the pandemic.

>> For the third year in a row, China’s leaders are concerned the massive movement of people over the Lunar New Year holiday travel rush — which officially started on Jan 17 — will cause a spike in coronavirus cases. Snap lockdowns inside malls, schools, and office buildings have become normalized, while international mail has also come under suspicion. Many companies and local authorities are once again discouraging people from making long-distance trips this holiday.

>> South China's tropical island province of Hainan targets tourism revenue growth of 15% and an increase of 10% in tourist numbers this year, an official said Sunday during the annual session of the provincial people's congress. More than 81 million domestic and overseas tourists visited Hainan in 2021, up 25.5% year on year. Hainan's total tourism revenue increased 58.6% over the previous year to about RMB 138.4 billion (USD 21.8 billion).