The issue published on April 12 carried an ad showing the K-pop boy band EXO in front of Gyeonghui Palace in central Seoul and encouraging visitors to experience the present and past of the country. 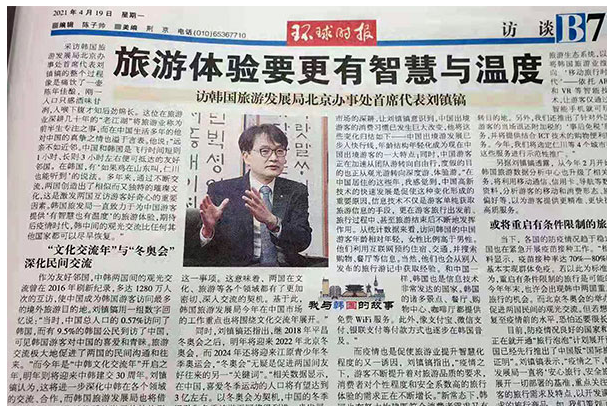 It is the first time a Chinese ruling party mouthpiece resumed promoting tourism in South Korea, following friction a few years ago over the deployment of the U.S. Terminal High Altitude Area Defense(THAAD) system in the country.

Additional ads promoting tourism in the South Korean cities of Busan and Gangneung, as well as related news reports, are expected to be published as well.

In the past, the Global Times was at the forefront of attacking South Korea with false reports suggesting that the country's traditional food kimchi and attire hanbok had originated in China.