Shanghai-headquartered hotel chain Huazhu Group said that it expects Q4 net revenues in China to be better than previous guidance, as travel demand shows resilience and recovery in previously affected cities started accelerating after adjusting down the risk level in those cities.

In its third-quarter financial report, Huazhu expected net revenues to grow by 0%-3% year-over-year for the fourth quarter.

Despite numerous recurrence of COVID-19 in several cities and provinces in mainland China, such as Shanghai, Chengdu, and northeastern China, the company said its business continued to recover.

RevPAR of the Legacy-Huazhu hotels (excluding overseas subsidiary Deutsche Hospitality) for the fourth quarter was RMB 186, down by 2.4% year-over-year but up from RMB 179 in the previous quarter. 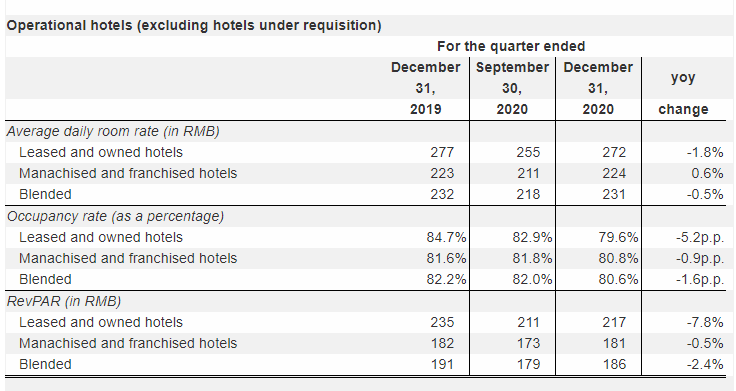 As of December 31, Deutsche Hospitality had 120 hotels and 24,027 rooms in operation. A total of 18 DH brand hotels were temporarily closed due to COVID-19.