The COVID-19 crisis has brought international air networks to a grinding halt, according to the global travel and data analytics expert Cirium. As some Asian countries have passed what is hoped as the worst of the crisis, some very limited capacity recovery is currently being seen across Asia and in China.

Speaking on an Airline Economics webinar entitled COVID-19 The Impact on Aviation – the view from Asia on April 17, 2020, Ascend by Cirium’s Chief Economist, Peter Morris said “The global airline industry has seen a dramatic reduction in the number of scheduled seats compared to last year. However, although the number of seats within Europe declined by 94%, and North America by 63%, the volume in Asia is now down by 47%. 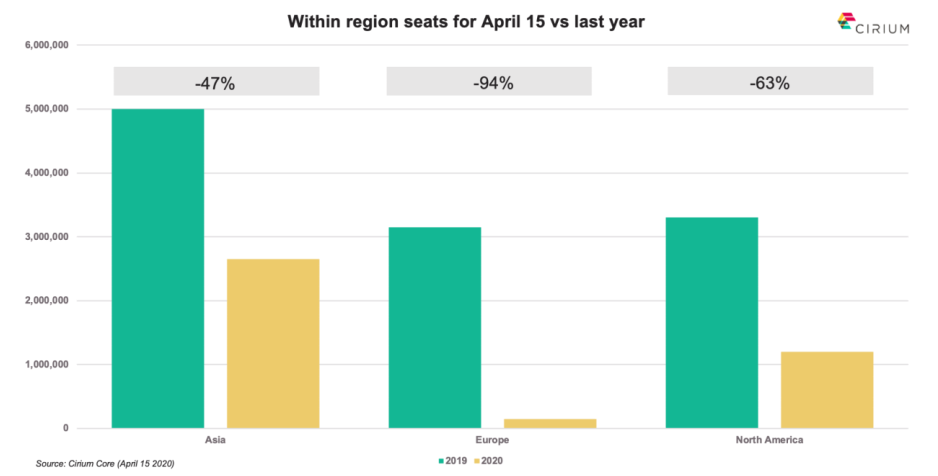 Cirium data from flight monitoring databases show that global flights, which were up 4% year-on-year in January, first declined, and since then have collapsed. This affected China and Asia flights in February, and has since followed the impact of the virus around the world. In the uncertain business environment, the level of recorded ‘on the day’ cancellations has also risen as airlines try to adjust to dramatically reduced traffic demand. In the United States, the impact occurred later, with the steep fall beginning in mid-March. In China, which experienced the outbreak sooner, flights were cut drastically from early February. 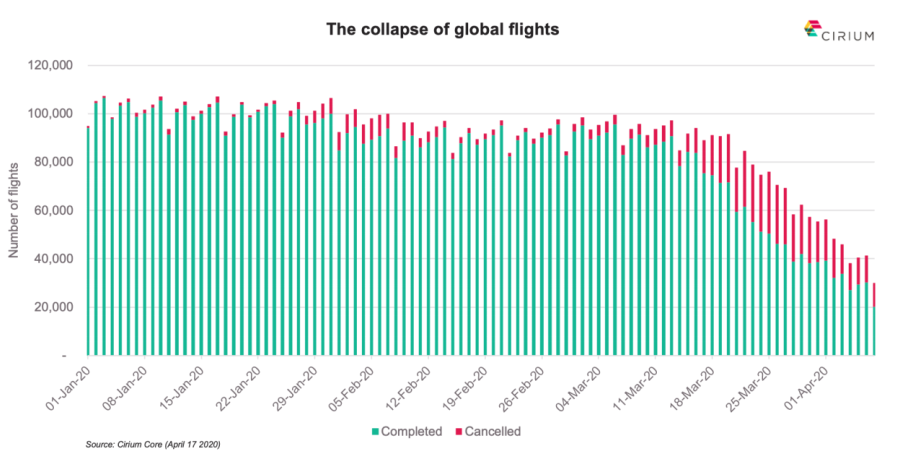 “Cancellations are still high, but since the beginning of March the actual number of flights on China’s domestic routes have recovered slightly” said Morris.

As Morris pointed out during the webinar, the aviation industry has faced many crises, but “nothing as systemic as this one.” Not even SARS in 2003, which fundamentally impacted China and Asia traffic for three to four months, before recovering and surpassing pre-outbreak levels.

The COVID-19 outbreak has effectively put the world’s entire US$10 trillion travel and tourism business on hold for at least three to six months. It is impacting the whole supply chain and booking cycle, and causing revenue sources to dry up.

“For 2020 the current IATA scenario sees that the hit to passenger revenues could be as high as US$314 billion, or roughly 55% of the original projections for 2020,” said Morris.

With no clear navigation aids as yet visible, the recovery process for the regional and global aviation and tourism industry is highly uncertain. The changing environment for GDP growth, reduced customer confidence in travel health safety and increasing travel regulations, all mean that it is essential to monitor developments across the industry from all the regions daily.