Kiwi.com is to launch their new office in Beijing this June or July. The company launched their customer support call centre in Dalian last year.

Oliver Dlouhy, CEO and Founder, Kiwi.com, who was in Shanghai to attend the second edition of ITB China, told ChinaTravelNews.com, "We are starting with a small team for our business development, scaling it up to 10 employees by the end of this year." 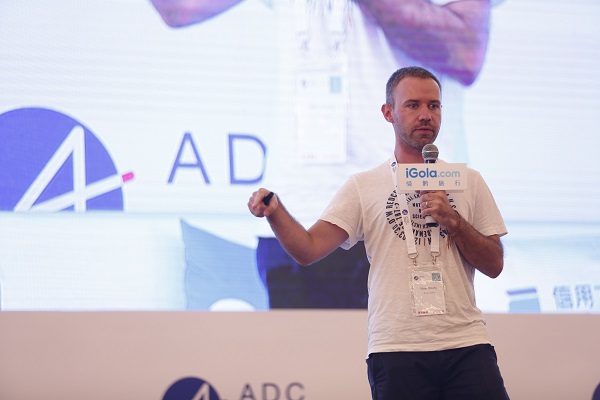 "We are working on plans to strengthen our Chinese domestic content. We plan to interline the same with the long-haul flights. We hope to add trains as well," shared Dlouhy. He added that the addition of the content is the key focus, as Kiwi.com is already settled in the arena of translations and local payment options (Alipay, UnionPay etc.) in China. "We have Chinese translations on our website, but since we mainly focusing on the B2B model here, this isn't our main area of focus. Kiwi.com needs to provide the best flight or transportation content to our partners."

The decision to expand has come at a stage when the OTA is growing tremendously, going up from 800 employees in 2016 to touching 1900 by mid-June 2018. Close to 1200 would be a part of the customer support division and 350-400 in the IT team (35 or so in business development and remaining in other functions). The company's combination algorithm allows users to combine flights from non-cooperating airlines onto a single itinerary. Kiwi.com touched the 5 million-bookings mark in December last year.

Kiwi.com doesn't have a direct presence in China. The team works with B2B partners in this market. So how does the company refine the product for China? "It is quite hard for us. The duration of ticketing time is a major challenge. If players in China work with one major GDS in TravelSky then it isn't a big issue as there tends to be a guaranteed ticketing time. But since we work with more than 500 booking channels so it can take more time to book. If the partners would be more open to ticketing time, it would be much easier for us." The Chinese partners bring the traffic and Kiwi.com has different arrangements for fulfilment and customer support. "For example, in case of Qunar, the online travel company manages the customer support and Kiwi.com works in the background," said Dlouhy. "We are open to any business model." 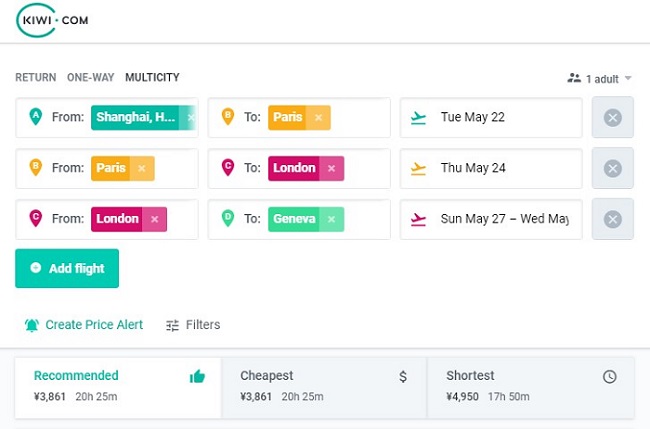 It is important to assess what the company is doing to ensure that Kiwi.com doesn't lose their edge as they expand? "We have remain focused on our sweet-spot which is flights, the virtual interlining aspect and using the technology to facilitate flight bookings and making them easier and cheaper. We are looking at diversification by investing by acquiring, tying up with partners on a white label basis. Still we are sticking to our core competency and continuing to keep it in-house," said Dlouhy.

"We are hiring more employees because that's the nature of the development. Our product is super-complex and it will never be finished. Kiwi.com works with 600 different carriers and each one has a different website, API, different processes for managing post-booking services, ancillary services etc. We need to accommodate all those requirements of carriers. So even if we interline them, eventually the experience remains smooth for our customers. Around 60-65% of our developers work on automation and internal tools to make it easier for stakeholders to book."

The approach is to always challenge the status quo. We are growing "super-fast" at this juncture," said Dlouhy.

Even as the team is growing at a rapid pace, the key is not to lose agility.

So how does Kiwi.com sustain their edge? Dlouhy referred to the philosophy of constantly pushing and fostering a culture of learning and encouragement, and producing quick results.

A way is to go after constant refining of the product, testing and working on conversion optimization, and ensuring the growth team blends people with engineering, design, product, and marketing. A main characteristic of agile companies is to never stop doing all of this - they avoid quick wins and never look at just incremental gains. Dlouhy referred to the approach of offering team members ownership and a sense of enablement via a structuring called "tribes". This group within the company takes the onus on shaping up the product from the beginning till the end," he said. "There would be multiple sub-companies within our company." This cross-functional team has end-to-end responsibilities.

Kiwi.com intends to launch a new feature that would do away with filling of information of “Dates” and “From and To” as tabs for search on the home page. Rather there would be a web form, where users can freely express the number of days they intend to stay in each city they plan to go.

"We are close to introducing a new feature in two weeks or so (the final name hasn't been decided yet). So say a user is in China and intend to visit Europe in a month's time. The plan is to go to various cities - Milan, Prague, Berlin, London, Paris etc. The itinerary would revolve around spending a couple of days in each of the major cities. And the user fills in all of the cities and dates in our system and it would come up an order of flights. This way our customers save their money. So users can explore the cheapest flights, the order of bookings is recommended," shared Dlouhy.

After users fill a form, the results are going to be triggered by an algorithm that "would test billions of flight combinations" to return the best-matching outcome.

"It would be available for Chinese travellers as well," said Dlouhy.