ChinaTravelNews, Jerry Tang - Northern lights, hometown of Santa Claus and Nokia phones. Those are probably the top-of-mind drawcards of Finland for most Chinese tourists as China is emerging as an important visitor source market for the Northern European country in recent years.

While China is not yet the largest tourist source market for Finland in terms of visitor nights, it is the top market in terms of tourist spending. According to data from Visit Finland, the Nordic state’s tourism organization, China ranked fifth in visitor nights, trailing behind Russia, Sweden, Germany and UK, but Chinese travelers were the top spenders, splurging EUR 940 per visit in 2016, followed by visitors from Spain who spent EUR 582 per visit, and those from France who spent EUR 560 per visit.

Accommodation and shopping were the two areas that Chinese tourists spent the most money on, according to David Wu, Director of Visit Finland China. They are also generally interested in outdoor activities such as dog sledging and aurora chasing tours in winter, and lakeside getaways in summer. 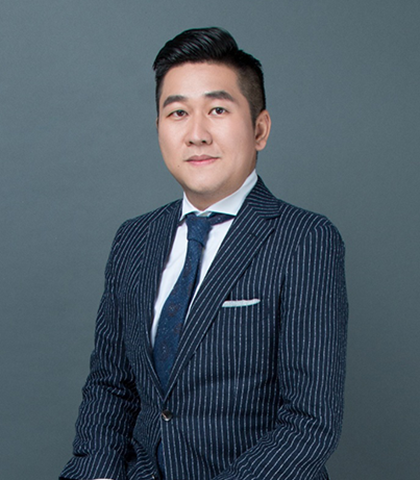 With more Chinese tourists opting for free independent travel (FIT) in recent years, Finland as a country with much technological innovation, yet, is operating travel services in a relatively traditional way. Mr. Wu said, “We need to advise Finnish travel brands to speed up their efforts on digital transformation, including improvement in reservation systems, inventory management and distribution channels, to better service FIT consumers.”

To achieve that, Visit Finland has partnered with Fliggy (formerly Alitrip), the travel unit of Chinese ecommerce powerhouse Alibaba, since 2016. The online travel aggregator initiated its own tour product Aurora Project to attract Chinese travelers to Finland.

Fliggy’s former president Mr. Shaohua Li targeted to send 50,000 Chinese tourists to Finland in 2017. There is no public data to indicate whether this target had been achieved. Nonetheless, it is the first major promotion of Finland’s northern lights holidays.

“The Aurora Project bundling flight, hotel and airport chauffeur services is very popular in China and matches the millennial travelers’ needs,” said Mr. Wu. “What we value most in the partnership with Fliggy is their story-telling skills. Traditional destination promoting approaches (including advertising placement on partner platforms) certainly help in boosting visitor traffic, but we still need a good story to tell the consumers in order to make a product popular.”

Finland not only works with online travel brands like Fliggy and Ctrip to promote its destination offerings, but also teams up with traditional tour operators and other travel service providers. In 2017, it signed a two-year memorandum of understanding with Chinese tour operator Utour. Mr. Wu mentioned that Finland will launch destination campaigns with Utour in the next two years, leveraging the Chinese partner’s local resources to promote Finland’s summer and lakeside offerings.

In the mix of its online and offline marketing strategies, Visit Finland mainly looks to the digital efforts for direct customer engagement. “We highly value the importance of digital marketing on B2C channels like different social media and online platforms, particularly in the China market,” said Mr. Wu. “For B2B promotion, we mainly work with offline agencies of all sizes, including study tour operators, to maximize our promotion and reach the end consumers.”

Social media is the main battlefield for destination digital marketing. To reach and engage with more potential travel consumers from China, according to Mr. Wu, Visit Finland has to cope with the sophisticated and ever-evolving digital world of diversified travel UGC (user-generated content) platforms, as well as mass media platforms in a broader sense including the most popular Chinese social media WeChat.

Mr. Wu said that Visit Finland has deployed a strategy to leverage the influence of its partner agencies or influencers on WeChat’s Subscription platform, and manage its official channel to get its own voice heard at the same time. “As a tourism bureau, we are defined by our organizational practice on what we can do with regards to promotion campaigns on WeChat. So we are focusing more on getting our stories told through our partners to get greater exposure among the audience.”

As of September 2017, Finland’s flag carrier Finnair had six non-stop air routes between China and Helsinki Airport, and planned to launch the seventh direct route in May 2018. With easier access to air travel between the two countries, Visit Finland will continue to attract more Chinese visitors, but the figures are not the only thing that matters, according to Mr. Wu.

“China’s travel market is still growing solidly, though not so much as a growth spurt. We are going to see sustainable increase in visitor arrivals each year. Personally, though, I think it is not about chasing numbers but understanding the latest needs of Chinese travelers.”

Finland has become partner destination of ITB CHINA 2018, a B2B travel trade show that focuses on China's outbound sector. The show is co-hosted by TravelDaily China and global travel exhibition brand ITB Berlin, and is scheduled to take place on May 16-18 in Shanghai. Click here to learn more.