The highest paid CEO in the online travel industry bikes to work. Well, sometimes she drops off her three young children at school first, but then she bikes to work. Of course, biking to work in Amsterdam is a way of life—cars come second to bikes in this city and pedestrians are a complete afterthought—but when you consider that Gillian Tans, the CEO of Booking.com, made $17.1 million last year (which means she made more than her boss at the time, Priceline Group Interim CEO Jeffery Boyd) you get an inkling of her down-to-earth personality. 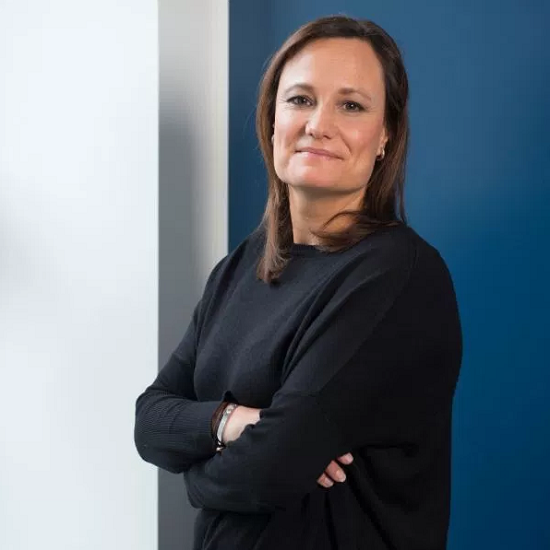 Tans works in one of the most robust sectors of the travel industry. As one of the first employees at Booking.com, she has been integral to the team that transformed it from tiny website catering to Dutch holiday-makers into the world’s biggest accommodation booking site, with over 15,000 employees in 204 offices all over the world. After all, when you type in anything into your search engine about travel or hotels, Booking.com is one of the first options to pop up, if not the first. But you would never know that the somewhat soft-spoken and calm Tans is one of the most important and dynamic people in this massive industry.

Tans didn’t found Booking.com, but she joined the team very early on, way back in the dark ages of 2002 when joining an internet-based startup after the dot-com bubble had burst didn’t seem like the best career move. The company was launched in 1996 in Amsterdam by Geert-Jan Bruinsma, and hired its first employee two years later. Tans had been excelling as the product manager at the international Golden Tulip Worldwide hotel group, and before that at the Intercontinental Hotel Group. Moving to a tiny little startup—one that consisted of just a small office with a fax machine—was also a risky move. But Tans saw major potential.

“We started with a very basic project that was more intuitive and more transparent and then we really started learning about what customers want.” And learn they did, as Priceline (the company that also owns Kayak, Rentalcars.com and OpenTable) bought the Dutch startup in 2005 for the small sum, relatively speaking, of $133 million. But it was when Priceline folded their other recent purchase of  ActiveHotels.com into Booking.com’s portfolio that Booking was able to expand monumentally in its hotel offerings. Now, Booking.com has offices in 70 countries, offers content and 24-hour support in 43 languages, and boasts facilitating over 1.5 million room reservations each day. Millennials have certainly helped drive the company’s success. This social media obsessed generation literally works to travel, and puts all their money into it. They are 23 percent more likely to take a trip abroad than their older counterparts and are expected to spend $1.4 trillion on travel each year by 2020. Tans said millennials in particular expect Booking to know what kind of experience they’re after—for example, to be extremely active on trips—and have an individualized experience, rather than taking a pre-packaged vacation. She believes that through the company’s information collection (they literally run thousand of A/B tests everyday) partnered with their work in Artificial Intelligence innovation, Booking.com will be particularly impactful for figuring out what millennials want out of their trips.

Like many of her customers, the CEO of Booking.com says hotels are still the way to go and she gets to visit quite a few, as Tans travels about five times a month and visits around 20 countries per year. Now that her kids are a little older they are helping to dictate where she goes for pleasure, which will hopefully include two of her favorites, Asia and New York, in the near future.