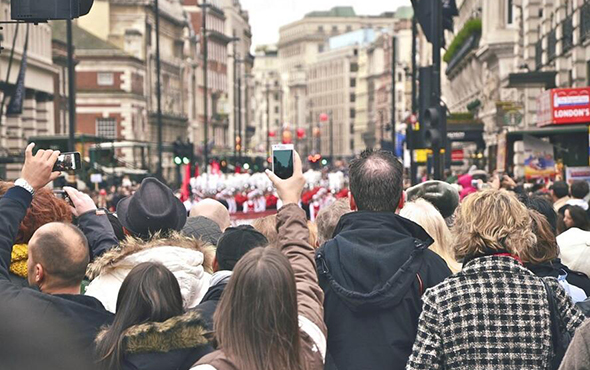 By voting to leave the EU, Britons have delivered a potential windfall to tourists eager to snatch up Burberry trenchcoats, Harrods Stilton and Liberty scarves on the cheap.

A slumping pound is a much-needed shot in the arm for U.K luxury companies as the Chinese are the biggest buyers of high-end goods and make most of their purchases overseas. They made 270,000 trips to the U.K. last year, up 46%, according to tourism website VisitBritain. British Airways owner IAG SA said Tuesday that the weaker pound will boost tourist flows to the U.K.

More visitors to the U.K. would be a boon for British companies such as Burberry Group Plc and Mulberry Group Plc that have struggled amid slowing luxury demand and terror attacks in Europe. The U.K. is the world’s sixth-largest market for luxury spending, at 15.5 billion euros (USD 17.2 billion). Britain’s gain could come at the expense of retailers in Japan, casinos in Macau and jewelers in Hong Kong.

Any short-term fall in the pound will affect the number of visitors to London, said Harrods managing director Michael Ward. But those benefits could take time to materialize as Chinese tourists sort out visas and book hotels, according to Ctrip.com. Some luxury companies may also raise U.K. prices if the pound’s weakness persists. And investors are bearish on what the EU referendum means for the broader sector, as reflected in sliding stock prices for France’s LVMH and Gucci owner Kering SA.

Burberry gets about 10% of its revenue in the U.K., and 60% of that comes from tourists, estimates Citigroup analyst Thomas Chauvet.

A surge in tourism to London could hurt Tokyo’s fashionable Ginza shopping district. Chinese visitors to Japan increased 31% last month compared with a year earlier, though visits have slowed recently as the yen has strengthened.

Switching travel to the U.K. and Europe from Japan could save Chinese shoppers as much as 40% with the currencies’ shift against the yuan, according to Bloomberg Intelligence analyst Michelle Ma. She expects to see changes to the travel pattern of mainland Chinese “straightaway” as it is the middle of their summer holiday season.

“If there’s no certainty that the yen’s advance will end, it would stop people from coming to Japan and we’d lose them to somewhere else,” said Yoko Yamazaki, general manager of duty-free shops operator Laox Co.’s corporate planning department.

It’s also bad news for Macau casinos, as the yuan depreciates against the Hong Kong dollar, which is pegged to the greenback. That could prompt fewer Chinese to visit the gambling oasis, according to JP Morgan analyst DS Kim. In Hong Kong, retailers such as Chow Tai Fook Jewellery Group Ltd. and Sa Sa International Holdings Ltd. are grappling with the yuan’s weakness.