Home > > Looking back and ahead – online travel agency power

Looking back and ahead – online travel agency power

As we reach 2016, Tnooz is unveiling its customary series of reflections on the year behind us and what the travel, tourism, and hospitality industry might expect looking ahead.

And, as always, we’ve asked friends and family of Tnooz to help us out. 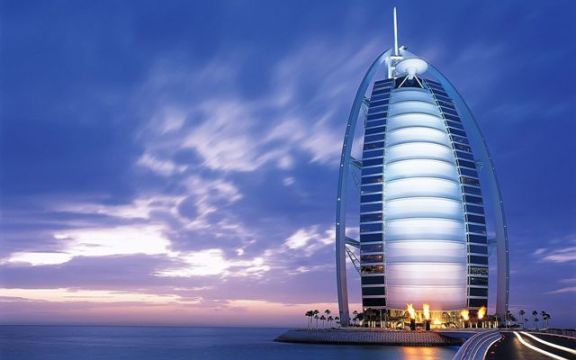 The incumbent OTA duopoly of Priceline and Expedia – the “Old Two” – dominated industry headlines in 2015, with M&A further concentrating their power in markets within the US and internationally.

I can see little reason why this consolidation will not continue in 2016 as competing regional and smaller players face stiffening competition for consumers and supply.

As the OTA market consolidates, however, the emergence of direct connect provides new opportunities for hotels. TripAdvisor and Google – the “New Two” – are blurring the lines between OTAs and metasearch sites by enabling direct hotel bookings.

TripAdvisor and Google made marked progress in 2015 on their direct connect strategies. 2015 ended with Booking.com’s partnership with TripAdvisor and Expedia’s Trivago opening to direct bookings.

These partnerships are an indication of both the progress these “New Two” made in 2015 and the momentum with which they enter 2016.

In my view, 2016 will again feature consolidation driven by the “Old Two”, but this will be offset to some extent by the continued emergence of the “New Two” and the accompanying fragmentation of online travel distribution (largely for the better).

Companies such as SiteMinder – a business that offers hotels an attractive alternative to the traditional global distribution system (GDS) model – play a unique and central role for hotels in that they enable connections with both the Old Two and the New Two.

More than ever, hoteliers are seeking greater control over the marketing and distribution of their rooms and are looking to independent, low-cost solutions as enablers of their success online.

SiteMinder and other like-minded companies will be crucial here as they will continue to provide hotels cost-effective opportunities to compete equally on the Internet (both with the Old Two and the New Two).

2015 has seen the big two OTA groups dominating the B2C hotel distribution sector, using their position to push for more and more hotel commissions to fund their acquisitions and multi-billion dollar marketing budgets.

With rate parity’s biggest advocates, the hotel chains and OTAs accelerating its downfall, low-cost B2B distributors are playing an increasingly important role as they are connected to multiple channels including the most powerful network of travel sellers – O2O travel agents.

With pure play OTAs spending as much as 40%-60% of their gross revenue on client acquisition through online marketing, it is a model which is clearly not sustainable.

We can see in most areas of e-commerce, businesses are increasingly adopting hybrid business models similar to Flight Centre. Look at Amazon opening its first store in Seattle and the Alibaba $4.6bn spend on Suning.

Also, with mobile and apps fast becoming the platform of choice for consumers, smaller local OTAs and O2O travel agents are able to be relevant and fight back.

The B2B hotel distribution channel is maintaining and even accelerating growth, Hotelbeds are still driving over 20% TTV growth, and regional players like Southeast Asia’s MG bedbank much higher.

These trends are opposed to the OTA merchant model, which is seeing flattening growth and, in some notable cases, even decline.

2016 will see the big players who once dominated the search engine ecosystem gradually being forced out, as Google looks set to become a leading hotel booker, working through partnerships with hotel aggregators such as FastBooking, DerbySoft, and Sabre Hospitality Solutions.

The big three global distribution systems (GDSs) — Amadeus, Sabre, and Travelport — are also enabling O2O travel agents compete by ramping up their positions in the hospitality industry and vertically positioning themselves in all areas, such as operations, intelligence, guest experience, and distribution.

Their expansion will continue at an aggressive pace in 2016, as they rely less on their traditional airline segment business. Expect more acquisitions similar to the acquisitions of Trust international and Itesso BV by Sabre and Amadeus, respectively.

The GDS have long recognized the need for diversification from traditional sources of revenue and plainly they are now major players in the business of hospitality.

Only last month Travelport claimed to be the world’s 4th-largest hotel distributor with 60 million room nights a year. The GDS biggest customers remain O2O travel agents and will be for the foreseeable future.

Guilain Denisselle, editor and co-founder of TendanceHotellerie.fr, based in Nice

In France, many hoteliers are looking at 2015 as being a great year with lots of regulation in their relationship with OTAs: rate parity is over.

Excellent, but what do the legal rulings change? Nothing really, when it comes to day-to-day business. “Business time” is not “justice time” nor “law time”.

When such things as the Parisian terrorist attacks happen, what can the Macron Law do for Paris hotels who suffer a lot, with occupancy rates 40% lower than previous years and very low average daily rate (ADR)?

This week we’ve seen four- and five-star properties in Paris downtown as low as 100 to 200 Euros a night.

The key point that the law has not addressed yet and is essential to a fair relationship is brand-jacking.

It looks like things are slowly moving at the European level. However, I don’t expect anything to change in that area until 2017 or may be 2018.

By that time, global OTAs will have increased their brand awareness among travelers. This is where they are heavily investing now. In 2016, my first article about brand-jacking will be 10 years old. What a waste of time, energy and money!

In France, recent surveys and feedback from French revenue managers are showing that MICE business should be back again as from February. Business travel has decreased but not that much.

The real problem is the lack of leisure travelers and after such terrible events in the past, it took up to 6 months to recover a “normal” situation in terms of tourism.

For those who have the financial capability of investing in their product, their team and their technology, this is probably the best possible time because once tourism will recover, those who have invested will increase the gap with others who have not had the opportunity nor willed to invest.

With the duopoly between Booking.com and Expedia, hotels have no other choice than to play (well) with metasearch and their new Instant Booking feature. This is key to a “good” customer mix.

What amazes me is that hotels and OTAs have still not started to work together on improving the guest experience: a deeper relationship would have a great impact, especially if hotels are willing to maintain their job in today’s environment where AirBnB is everywhere.

Providing a bed and shower is not enough anymore. Hotels need to reinvent their customer experience and who knows their customers better than OTAs?

1. The gloves will come off in the online distribution battle between meta-search, OTAs and airlines. Meta will throw the first punch at OTAs with facilitated bookings, because they’ll make more money and consumers don’t know the difference anyway.

The OTAs who weren’t clever enough to build their own alternative distribution will have no choice but a race to the bottom to get to the top. Whoever is left standing will be a strategic acquisition target. Airlines will build more direct links with anyone who doesn’t look or walk like a GDS.

2. For yet another year, nobody will bother to solve the availability problem that plagues consumer’s experiences and instead someone will invent YAC (Yet-Another-Cache).

3. Responsible tourism will be adopted by more, rather than less. Not just because it’s good PR – but because we’ve come to realise we’ll ruin our planet if one billion travelers all decide to take selfies on an Elephant in Thailand or stay at a resort that short changes the locals.

4. Blogging is dead. Video is King. Tourism and travel brand marketing budgets will transfer from written content to video. Video has a higher conversion rate, and is more accessible, shareable and social than written content (are you reading this blog post side by side with someone, for example?). The perception that video is expensive to produce will be replaced with the realisation that it’s cheap to make. Snapchat will unearth a new generation of travel influencers and content creators.

5. The purchase path will be disrupted in a big way. There will be more pathways to the “Book now” button than we’ve ever seen before. More travelers will start and end their booking via a social network or app without the obligatory search on Google. There will be an arms race of purchase paths as suppliers seek alternative sources of distribution with new, younger audiences and away from costly search engines. Watch this space for startups. 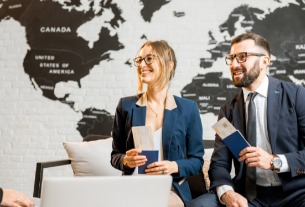 Hopper raises $175M at $3.5B+ valuation as travel surges and its fintech tools help offset variant concerns
©2021 广州力矩资讯科技有限公司 粤ICP备06070077号
Tell us more about yourself!