Home > > The mobile evolution: how one innovation has paved the way for mass disruption

The mobile evolution: how one innovation has paved the way for mass disruption

According to Phocuswright, monthly desktop traffic in 2014 declined by an average of 8% for online travel agencies, and 13% for airline websites. Traffic for hotel sites stayed steady.

“This will change everything.” When the late Steve Jobs brandished the original iPhone before an audience in January 2007, even he might have been surprised at how prophetic his words would turn out to be. The first smartphone was treated with more than a bit of scepticism – for example, USA Today said “the most remarkable thing about the  iPhone is what’s missing”. However, in less than a decade, Economist.com has already named it as the early 21st century’s defining technology.

The shop window is no longer static; it’s omnipresent. Shopping behaviour is tracked and actions are analysed. Invisible customer data is processed at incredible speeds. Personalised offers often pre-empt a need that has yet to be expressed. Customers can seek approval from vast audiences of past users before committing to a purchase. And all of this is made possible by new technology.

There are now 2.5 billion smartphones in use around the globe, and the technology is adapting at lightning pace. The very nature of mobile is evolving to include more than just your phone. Business Insider predicts that the global wearables market will grow at a compound annual rate of 35% from 2015 to 2019. Mobile has come a long way in its development, but it is impossible to say with confidence what is yet to come.

Even in this early stage of its development, mobile’s greatest legacy has been its empowerment of businesses to disrupt. Existing business models have been utterly changed by the emergence of mobile. Today, companies need to keep up with the pace of technological development just to stay relevant. Take the examples of Uber, Cabforce and Hailo; multimillion-dollar companies that have disrupted the transport industry and wouldn’t exist without the emergence of mobile.

However, it’s not just young tech companies that have reaped the benefits of disruption. In just a few short years, traditional brick-and-mortar operations with an eye on the future have been transformed into online giants, and their crowning glory has been their mobile strategy.

Established UK retailer John Lewis has made great strides by subtly mixing customers’ online and offline experiences. It has launched a highly popular ‘click and collect’ service, whereby customers can purchase a product online and pick it up themselves, eliminating the need for product delivery. It has also simplified the customer contact process, including email and pricing request functionality on its app. This has paid enormous dividends: on Christmas Day 2013, 75% of its online traffic came from mobile.

Swiss International Air Lines is another company that has embraced the possibilities of mobile, even if it means modifying its customer strategy. “We want to make sure that customers always have a consistent user experience and easy-to-use booking experience,” says Parand Rohani, Head of Online Sales Development at Swiss International Air Lines. “We are placing particular emphasis on mobile, as our growth in visits is mainly mobile-driven and we are starting to see higher numbers of mobile bookings.”

The face of tourism is increasingly becoming a mobile interface. According to research conducted by SITA, mobile usage will increase across a range of areas next year: mobile bookings will rise by 39%, mobile check-in by 79%, and mobile boarding pass downloads by 110%. The amount of people completing these three tasks face-to-face with airline employees is predicted to fall by up to 30%.

Indeed, as mobile usage goes up, desktop traffic figures are clearly dropping off. According to Phocuswright, monthly desktop traffic in 2014 declined by an average of 8% for online travel agencies, and 13% for airline websites. Traffic for hotel sites stayed steady.

“Mobile has utterly transformed the travel industry,” says Bobby Healy, Chief Technical Officer of CarTrawler. “At CarTrawler, we know well how much an industry can be disrupted – that’s what we have been doing since our inception. However, with that knowledge comes the realisation that we can’t keep still. There are plenty of young companies eager to disrupt the market even more and, by extension, make things easier for customers. We need to keep innovating and improving to continue to make an impression. 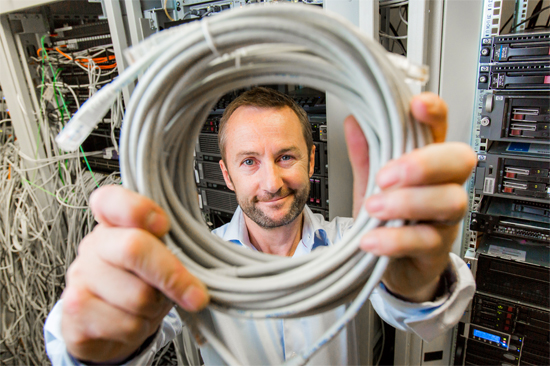 “CarTrawler launched its first mobile-responsive site in 2010 and now, 34% of all our traffic comes from mobiles or tablets. In parts of Asia it’s closing in on 40%. The numbers speak for themselves; mobile is helping businesses to redefine customer behaviour when it comes to researching and booking travel,” he says.

Mobile has changed the way customers browse for products and services, and a logical consequence of that has been the disruption of the way in which customers actually spend their money. According to Deloitte, in-store mobile payments will increase by over 1,000% in 2015 alone. A host of mobile payment businesses have emerged to service customer demand for mobile payments. These include AliPay in Asia, which already has over 350 million registered users; Chirpify, which targets payments on social media sites; and San Francisco-based Stripe, which targets ‘in-app’ purchasing and is valued at $5 billion.

However, despite the overall boom in mobile payments, research has indicated that online travel users are still more comfortable making payments on laptops and desktops as opposed to mobile. According to Phocuswright, average monthly desktop conversion rates in 2014 rose 7% for online travel agencies, 2% for airlines and a huge 17% for hotels. In addition to this, car rental users from six countries surveyed by Research Now on behalf of CarTrawler in 2014 said that the larger the online device, the more they were prepared to spend.

The trend is clear. More and more travel customers are browsing and finalising purchasing decisions on mobile, and switching to desktop when they know what they want to buy. But some companies are responding to that trend with speed by developing a highly sophisticated user experience and putting mobile first.

“One of the features we have developed is a ‘pay later’ function for mobile, whereby customers can book their journey and pay at a later date,” says Bobby. “This kind of innovation is crucial to making the overall transaction easier to complete. Eliminate the barriers and give customers a seamless experience.

“The reality is that customers will use a wide range of ways to interact with us; our job is to make it simple for them, regardless of whether they are using mobile, tablet or desktop. A platform-agnostic approach pays huge dividends,” says Bobby. “However, even with that approach, we’ve noticed differences in the way customers behave depending on what device they use. There’s a huge opportunity.”

It’s only been eight years since Steve Jobs introduced the iPhone to the world, but the adaptability and capabilities of mobile devices make it feel like a lifetime ago. In that short space of time, mobile has changed the way we do business forever, and its possibilities appear to be limitless as it evolves. Businesses can use mobile to disrupt industries in plenty of ways; it is really just a question of how well it is done. We are still at the start of mobile’s fantastic journey – the only thing we can predict with confidence is continued disruption.

Data presented in this article was sourced from the following resources:sita.aero,phocuswright,deloitte.com and cartrawler. 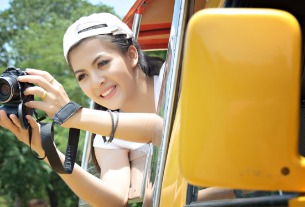