July, 31: Amadeus reports year-onyear financial and operating results for the first half of 2015. Adjusted profit for the period grew 10.3% to €419.6 million.

"Amadeus has maintained its track record for growth in both revenues and profitability through a combination of market share expansion and growth in its businesses.

"Distribution delivered strong revenue growth of 11.3% through a 1.9p.p. increase in global market share of air travel agency bookings. IT Solutions continued its track record for double-digit growth with a revenue increase of 22.3%, with Asia-Pacific remaining the driving force.

"Our solid business model and our strong cash-flow generation have allowed us to make strategic acquisitions. Early in July we announced an agreement to acquire Navitaire, subject to approval by regulators, that once completed will give Amadeus a strong position in IT solutions for the low-cost carriers market. Following that, we also announced plans to acquire Netherlands-based Itesso BV, a provider of cloud-native property management systems (PMS) for hotels. Whilst earlier in the year we accelerated our growth in the Airport IT space with the acquisition of Air-Transport IT Services Inc. (AirIT), a leading company in the segment, with a portfolio of solutions used by 30 of the busiest 50 airports in the US.

"We look forward with confidence to the remainder of the year."

Business highlights during the first half

Amadeus strongly outperformed the industry during the first half, increasing global air travel agency bookings by 10.0% against an industry increase of 4.9%. This was mostly due to a market share gain of 1.9 p.p. in global air travel agency bookings. This in turn was due in large part to the migration of the travel agencies previously connected to Topas in South Korea, but also supported by continued market share gains in North America.

Airlines with which Amadeus has a content agreement represent over 80% of the airline bookings made through the Amadeus system worldwide. During the first half, renewals or new signings of such content agreements were reached with 17 full-service carriers, including Czech Airlines. Contracts were also signed with two Low-cost Carriers (LCCs), including Interjet, and bookings through travel agencies using Amadeus increased 16% for this growth area year-on-year during the first half. Already many low-cost carriers, including Ryanair, have become Amadeus distribution partners.

Merchandising solutions attracted further customers and currently a total of 124 airlines have agreements in place for Amadeus Airline Ancillary Services, which is supporting airlines to deploy ancillary services in 105 markets worldwide. Meanwhile Amadeus Fare Family Solution, which allows airlines to distribute branded fares, has now attracted 20 airline customers to sign-up and already 13 of those have been implemented.

Swiss International Air Lines (SWISS), the national airline of Switzerland that carries over 16 million passengers a year, became the first airline to launch Lufthansa Group’s branded fares across the direct and indirect channels. The airline uses the Amadeus Fare Families solution to increase multichannel merchandising opportunities and maximise exposure of its Light, Classic and Flex fares.

_ Higher revenue driven by all lines (including both transactional and non-transactional): Altéa migrations and organic growth, Airline IT upselling activity including e-commerce and standalone revenue lines, plus implementation fees; growing contribution from Airport IT and Payments; and contributions from the recently acquired Newmarket, UFIS and Air-Transport IT Services Inc. (AirIT).

_ Growth in PBs largely came from the impact of airlines migrated during 2014, particularly Korean Air, as well as All Nippon Airways (the international passengers business) during the second quarter of 2015 – plus organic growth of 1.9%.

On July 1 Amadeus announced an agreement to acquire Navitaire, the provider of technology and business solutions to the airline industry, from Accenture for US$830 million. Navitaire focuses on the low-cost and hybrid-carrier segments of the airline industry and has a global customer base of more than 50 operators; it provides revenue-generation and cost-streamlining solutions in the areas of reservations, ancillary sales, loyalty, revenue management, revenue accounting and business intelligence. The addition of Navitaire’s portfolio of products and solutions for the low-cost segment will complement Amadeus’ Altéa suite of offerings for its largely full-service carrier customer base, giving the company the ability to serve a wider group of airlines. Amadeus intends to market and sell the two product portfolios separately and will continue to invest in both platforms, enhancing the services and functionality availability to all types of carriers.

China Airlines, the largest airline and flag carrier of the Republic of China (Taiwan), along with its subsidiary, Mandarin Airlines, will adopt the full Amadeus Altéa suite of solutions. The deal is the first Amadeus offering of a Chinese language airline IT service and will make Altéa Taiwan´s leading passenger service system.

As of the close of the first half, 132 airlines globally were contracted for both Altéa Reservation and Altéa Inventory, 119 of which were contracted to use the full Altéa Suite. Of the 132 airlines contracted, 123 were already migrated to both Altéa Reservation and Altéa Inventory, and 100 of those were using the full Altéa Suite. The service facilitates closer integration between partner airlines that need to share availability, fares, customer and booking information, thus enabling a seamless customer experience across alliance members.

Lufthansa became the first airline to select Altéa Corporate Recognition, which allows airlines to identify corporate bookings at the moment of reservation. By providing tailor-made offers across all stages of the journey and enhancing both total spend and improved travel experience, airlines can actively focus on the needs of corporates and offer services such as additional baggage and preferential seat options. This service is complemented by Amadeus’ existing loyalty and personalisation solutions, Loyalty Management Suite and Altéa Awards Suite.

In the Airport IT business, Amadeus accelerated its expansion in the largest airport IT market globally, North America, through the acquisition of Florida-based Air-Transport IT Services Inc. (AirIT). Currently 30 of the top 50 busiest airports in the US use AirIT ´s solutions, along with a strong customer base of more than 115 airlines and 120 airports in the US, Canada, and the Caribbean. Outside of North America, Amadeus will be able to complement its existing offering with the AirIT PROPworks® portfolio, which is already used by four of the five busiest airports in the United States.

The Avinor Group, which operates 46 airports in Norway with over 50 million travellers, has signed an agreement with Amadeus to adopt its cloud-based Airport Common Use Service (ACUS) platform, a next-generation common use solution which enables passenger processing systems to be accessed and deployed anywhere on demand. The solution will offer cost-effective, customised and flexible passenger processing to Avinor’s airports nationwide, initially in eight airports and leading up to a total of 46 – offering both Avinor and its airline partners a significant cost reduction for common use IT services.

An agreement with Innsbruck Airport sees the first complete cloud-based common use environment in an airport. Amadeus will deliver a range of new airport solutions, including Airport Common Use Service (ACUS), Airport Baggage Reconciliation System (BRS), and Airport Passenger Verification (PV). Thanks to the launch of ACUS last year, Innsbruck is now pioneering the implementation of new technology in the airport ecosystem, moving towards the next generation of Common Use platforms.

In the Hotel IT sector, InterContinental Hotels Group PLC (IHG) and Amadeus announced a partnership to develop a next-generation Guest Reservation System (GRS) that will revolutionise the technological foundations of the global hospitality industry. Working on a new cloud-based ‘Community Model’ similar to the model Amadeus developed for the global airline industry, the system will be a first in the hotel sector. On July 21 Amadeus announced the acquisition of Netherlands-based Itesso BV, a provider of cloud-native property management systems (PMS) for hotels. This deal brings Amadeus closer to its vision of bringing together systems known today as Central Reservation Systems (CRS), Property Management Systems (PMS), Revenue Management Systems (RMS), Sales & Catering and others, into a cloud-based community model platform which is fully centered around the guest experience.

Elavon, a leading global payments provider that works with more than 50 of the world’s leading airlines and the top global acquirer for the global travel industry, will integrate its payment processing solutions into the Amadeus Payments Platform (APP), which is used by more than 300 airlines and ensures a fast and easy authorization process integrated into ticketing and selling.

Deutsche Bahn (DB), one of the leading transportation and logistics companies worldwide that carried 4.3 billion passengers in 2014, renewed its existing agreement with Amadeus for another three years. With this new agreement online travel agencies (OTAs) worldwide can now access DB’s full range of routes and fares via Amadeus Rail Web Services, whilst corporate and traditional travel agencies continue to do so via Amadeus Rail Display and Amadeus eTravel Management. Amadeus’ rail platform provides OTAs with a one-stop-shop to market-leading rail content with over 10 providers including DB. 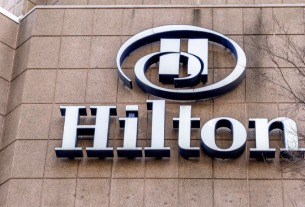 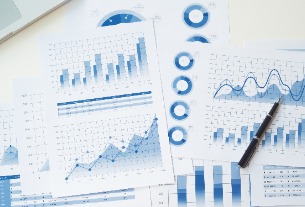 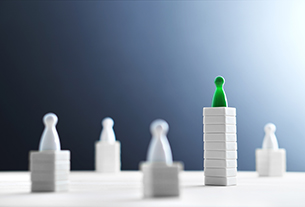