Travelers say no to wearable technology

Airfarewatchdog recently polled more than 2,400 travelers and found that 69% have no plans to purchase or use wearables.

There’s no doubt that wearable tech like the Apple Watch and Google Glass has the potential to change travel in a big way, with abilities like keyless and cashless hotel experiences to the potential to sync with Bluetooth for a more hands-off experience. Wearables are also improving business travel, helping those on the road for work stay organized and fit on the road, not to mention the potential for one-click upgrades and instant bookings right from your wrist.

Despite the hype, however, Airfarewatchdog recently polled more than 2,400 travelers and found that 69% have no plans to purchase or use wearables. Only 9% of those polled showed genuine interest in wearables as “the next big thing for travel.”

Airfarewatchdog founder George Hobica thinks it may simply be an instance of the general consumer being “gadgeted out with another thing to lose, another thing to worry about, to go obsolete and to keep charged.”

If you ask Paul Wilke, CEO of Upright Position Communications, it’s likely also because watches are generational, and the advent of the Apple Watch came too late to migrate traditional watch users to connected watches. Moreover, he doesn’t believe the technology is quite there yet, saying:

“While the Apple Watch is impressive, it’s a first version of a product, which means there are lags between apps and functional concerns that need to be addressed in version 2.0. Also, the competition is behind as well. Prior to owning an Apple Watch, I owned a Pebble, which, while impressive and useful, wasn’t quite there as a product.”

It may take time for adoption of the technology to take place, with factors like potential social stigma (Google Glass isn’t exactly stylish), initial pricing, and usefulness of first generation apps in the initial stages influencing how quickly travelers embrace wearables.

So, how can the creators of these technologies improve or better market themselves? Steffan Berelowitz, Vice President Digital Platforms at Travel Tripper, believes there is likely to be a “virtuous circle” of increasing users leading to increased adoption, as more people see wearable computing in their daily routines. Essentially, users will be like walking advertisements.

It’s something we’ve seen in the hotel industry — social sharers and influencers often get free Wi-Fi and sometimes even free and discounted stays. Are free Apple Watches for Instagram rockstarson the horizon? 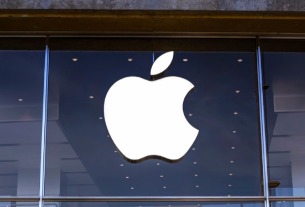 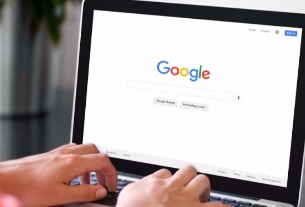 Why the COVID crisis will increase Google’s dominance in the hospitality industry
©2020 广州力矩资讯科技有限公司 粤ICP备06070077号
Tell us more about yourself!