The French National Assembly moved to cancel rate parity clauses in contracts between hotels and online travel agencies (OTAs). Violators will be fined up to Euro 150,000.

The next step is for a council minister to fix the practical details and for the regulation to go into effect. That may take months.

Booking.com and other hotel reservation platforms may challenge the law via the Constitutional Council.

Otherwise hoteliers will soon be able to display on their online and offline channels lower rates than they offer to online booking channels.

The parliamentary move particularly stung Booking.com, which commands two-thirds of the online market in France.

The banning of rate parity tosses into the air the agreement reached six months ago between Booking.com and the French competition authority. That had a more nuanced, compromise position that restricted but did not ban rate parity.

On Wednesday, in anticipation of the government’s move, a Booking.com spokesperson told Agence France-Presse that the end of rate parity might lead to an “exacerbated price war” (“Cela risque de conduire à une guerre des prix exacerbée“, as quoted in Les Echos).

Last Wednedsay, Carlo Olejniczak, regional director for the France, the Spain and Portugal, said, according to a rough translation:

“This may lead to an exacerbated price war, affecting the margins of hotels and in the end the quality of the offer…. Hoteliers are likely to suffer….

Comparison engines are going to do what they want, because there are always ways to have differentiated prices and reductions. This will cause unbridled price pressure.”

The Assembly also stipulated that the deal between OTAs and hotels should be a “contrat de mandat“.

Spokespersons for Priceline Group, Expedia Inc, and HRS, have told Tnooz that the contracts they have issued in the past year have already been in compliance with the contrat de mandat legal standard.

“The mandate contract does not change much, except that every platform selling hotel rooms will now have to have signed this type of contract.

I am waiting answers from lawyers to see whether affiliates might be considered as a “reservation platform”. We might get it clearly defined when the law will be published by the minister council.”

For example, it’s unclear if French law will consider that the hotel booking offers of companies like Easyjet or Europcar count as “a booking platform online for the rental of hotel rooms to customers” under the wording, as proposed.

The law applies regardless of where the online booking platform is headquartered in the world. 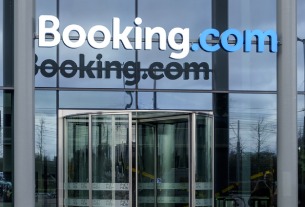 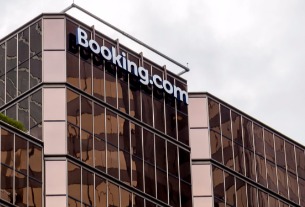