The investment would stiffen the rivalry between Singapore Airlines and Cathay Pacific, Asia’s two premier carriers.

The investment would stiffen the rivalry between Singapore Airlines and Hong Kong’s Cathay Pacific Airways Ltd., which are considered Asia’s two premier carriers.

The potential deal marks the second attempt by the Singaporean company to invest in the Chinese market. In 2007, Singapore Airlines and the Singaporean government’s investment arm, Temasek Holdings, announced a plan to buy a combined 24% stake in China Eastern Airlines Corp. But the deal was later rejected by the Chinese carrier’s minority shareholders.

Cathay Pacific bought a stake in Air China Ltd. when the Chinese carrier went public in Hong Kong in 2004 and now owns about 20% of China’s largest airline, which competes against China Eastern.

The China market is especially attractive to Singapore Airlines because Southeast Asia is saturated with discount airlines and overseas carriers. Malaysia’s AirAsia Bhd. is a big rival on shorter routes within the region and Gulf-based carriers such as Emirates Airline and Qatar Airways have taken market share on longer routes to Europe and the U.S.

Singapore Airlines has been looking for new investment opportunities to drive growth in new markets including a joint venture—Vistara—in India with Tata Group, which began flying local routes in early January.

Apart from Singapore Airlines, Hong Kong Airlines is in negotiations with other Asian carriers about selling a stake ahead of its US$500 million initial public offering in the second half of this year, one of the people said.

Hong Kong Airlines submitted a listing application to the Hong Kong Stock Exchange in September for the city’s first dual-currency initial public offering in yuan and Hong Kong dollars, but it had delayed the listing plan because of the potential stake sale, other people familiar with the situation said earlier.

Hong Kong Airlines is controlled by Chinese conglomerate HNA Group, whose holdings include Hainan Airlines. The carrier was set up in Hong Kong in 2006 with an aim to break the dominance of Cathay Pacific and its China-focused unit Dragonair. Tough competition forced Hong Kong Airlines to cut long-haul services to Moscow and London.

The company’s operating a fleet of about 24 Airbus aircraft now flies mainly regional routes between Hong Kong and other destinations in Asia, including Osaka, Japan, and Chinese cities such as Beijing and Shanghai. Funds from the IPO would go toward adding to its fleet, the carrier has said.

In 2011, Hong Kong Airlines had said it would list the following year, but that attempt was shelved because of weak markets. 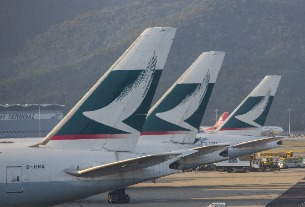 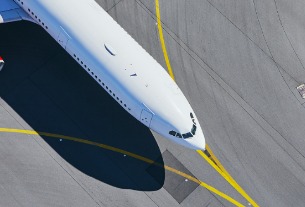