Home > > Sharing is caring (unless it’s a bit creepy)

Sharing is caring (unless it’s a bit creepy)

A “Future of Travel” event in Madrid this week took a broad-brush approach to the industry, with one recurring theme at the heart of most discussions – data.

The conference was the first time The Economist‘s events team has organised a dedicated travel conference. It took place in Madrid this week and the Germanwings tragedy inevitably cast a shadow over the proceedings.

Data, personalization and privacy were recurring themes across the day’s five panels. The final session saw Tamara Kasriel from Futureal offer an insight into how someone from outside travel sees the business.

“Travel has been disrupted and is still disruptable. It’s all about technology, regulations and consumers, with consumer demand the easiest way to cut through the complexity.”

This was also touched on by Ryanair‘s Michael O’Leary, arguably the event’s star turn, who sat awkwardly on the end of the opening keynote panel, fidgeting until it was his turn to speak.

After a rapid-fire attack on legacy airlines, pilot strikes, the Eur-opean Commission and IATA he turned to Ryanair’s recently announced focus on using data to personalize saying:

“We won on price – now we’re moving to a tailored service for passengers. We’ll know if you’re on a golf trip or a ski trip, if you’re interested in car hire or not. We’ll develop packages for each passenger, it’ll be like each passenger has their own frequent flier programme.”

IATA’s director general Tony Tyler, bristling from the attack on his organisation, its members and its research, wished him luck (between gritted teeth) but suggested that the European Commission’s soon-to-be-announced reform to the Package Travel Directive might be a problem by “making click-throughs expensive for airlines” and that “legacy carriers have also been trying to do personalization.”

Data sharing also came up in different contexts throughout the day.

During a session on multimodal and seamless travel,  Barbara Dalibard head of Voyages SNCF, said:

But data sharing among businesses is different from customers sharing data with suppliers. Kasriel warned about “creepiness backlash” from getting too personal and suggested travel companies could dilute this by placing random ads among the targetted ones.

Internal data was also mentioned as an important part of the future, with Expedia‘s Greg Schulze talking about how it analysed the patterns from five billion air searches and carried out 3000 tests to improve not only the experience for its customers but also its commercial proposition to airlines.

The futurist, however, was less convinced by this approach, describing it as “innovation by a thousand cuts.”

Data is a concept which resonates in a B2B and B2C context so it is hardly surprising that it reared its head quite often in an event which, uncomfortably at times, tried to cover travel from both these angles.

Travel businesses are all excited by the power of data, but until Mr and Mrs Traveller have totally embraced one-on-one targetting, that power might stay firmly with the geeks rather the guests. 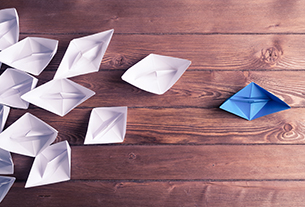 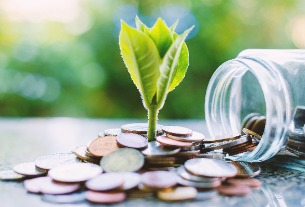 Hotel data operator Htrip secures RMB 100 million in A+ round funding
©2020 广州力矩资讯科技有限公司 粤ICP备06070077号-2
Tell us more about yourself!